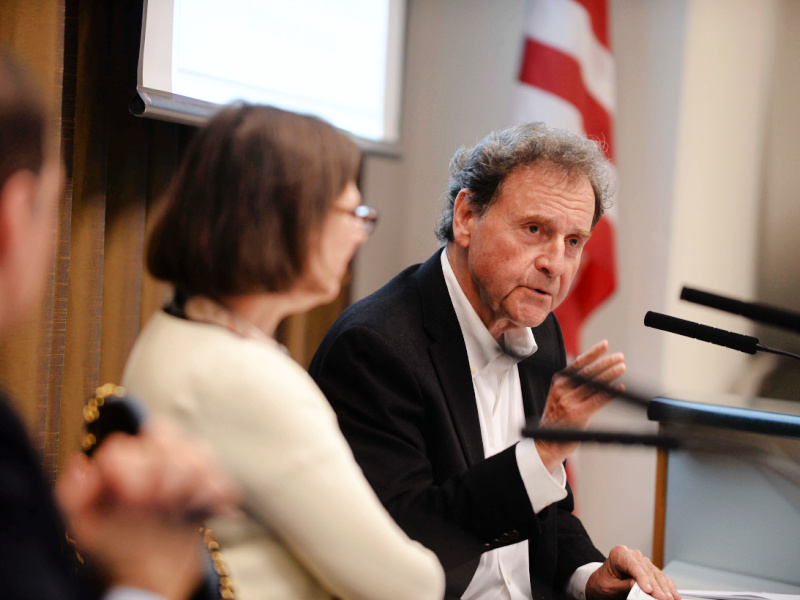 Professor Vernon Palmer of Tulane Law School is President of the World Society of Mixed Jurisdiction Jurists, which is seeking papers for its Fifth Worldwide Congress.

The Fifth Worldwide Congress of the World Society of Mixed Jurisdiction Jurists will be held June 14-16, 2023 in Malta, and Tulane's Eason-Weinmann Center is co-sponsoring the event.

The theme of the Congress is “Mixity in the Private and/or Public Law."

The World Society of Mixed Jurisdiction Jurist, whose president is Tulane Law Professor Vernon Palmer, is pleased to announce the Fifth Worldwide Congress, which is to be held at the University of Malta’s Faculty of Law, from an opening evening reception and lecture on 14 June through closure on 16 June 2023.

Mixed Jurisdictions, as they are traditionally understood, stand at the crossroads of the Common law and Civil law. They frequently encompass other ethnic and religious laws. Rich in legal history and complex pluralism, they are often seen as natural laboratories of comparative law.

The laws, methods, and institutions of mixed jurisdictions are inevitably affected by the influence and presence of different traditions vying for supremacy or requiring reconciliation. Their mixity, however, is not restricted to the private law alone, but is often evident in the public law as well, such as in the criminal, administrative and constitutional law.

We propose in this Fifth Worldwide Congress to investigate mixity wherever it may appear in these legal systems.

The Society is seeking proposals for papers on any topic related to the above theme, whether relating to private or public law (or both) are welcome. Proposals may be submitted by jurists from any jurisdiction and by members and non-members of the Society alike.

Proposals should be submitted via email to Professor Palmer, President of the WSMJJ, (vpalmer@tulane.edu) by 15 October 2022. Authors will be notified by 15 November 2022 whether their proposal has been accepted. Submissions from scholars with historically underrepresented viewpoints –including women scholars, BIPOC scholars, and scholars from the Global South—are particularly welcome. Submissions should not exceed 500 words and should be accompanied by a curriculum vitae of one page only. The time allocated for delivery of papers will be no longer than 20 minutes. All papers delivered at the conference will be considered for publication.