Tulane A-Z
Home / She is a World Champion gymnast. Now this Tulane Law student plans to advocate for women in sports

She is a World Champion gymnast. Now this Tulane Law student plans to advocate for women in sports 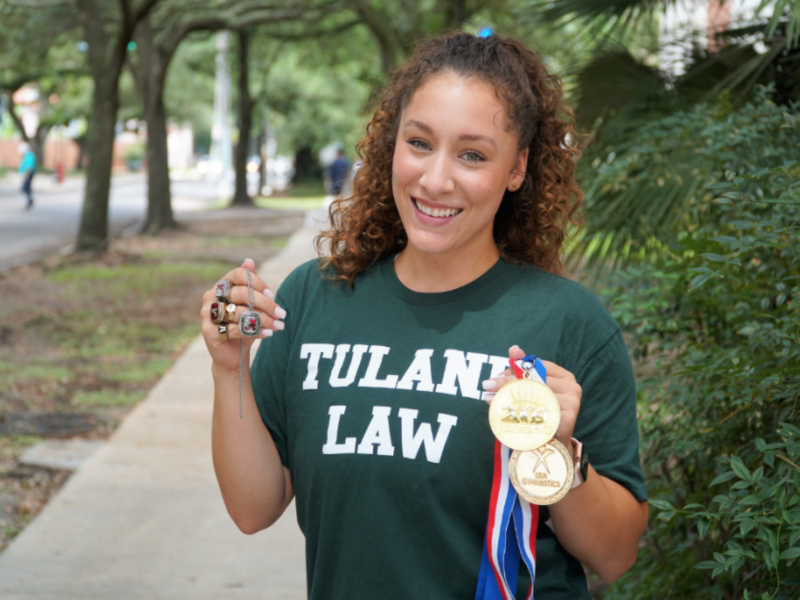 Kayla Williams (L'23) is an international gold medalist on the vault, a decorated collegiate athlete and now, a first-year law student at Tulane.

Kayla Williams spent the first half of her life stretching her body to its limits in pursuit of a gold medal in gymnastics.

Having accomplished that by the time she turned 16, and with the experience of being an elite female athlete, the Tulane Law student now has set her sights on advocating for women in sports.

Williams, a first-year law student in the Class of 2023 is the first – and only – Tulane Law student to hold a gold medal in the world gymnastics championships. She also is the first American to have won the gold at worlds on the vault.

“Gymnastics for me was love at first sight,” she said. “I just took to it and I was hooked.” 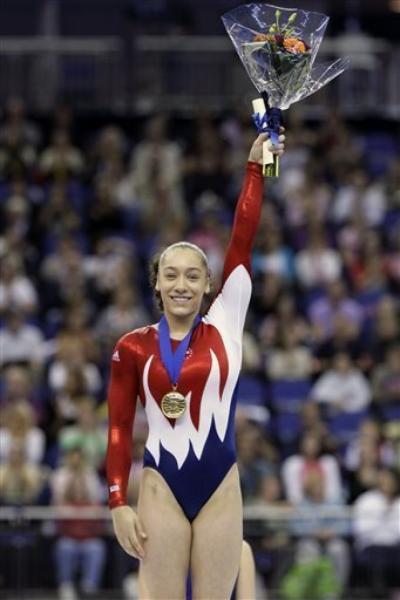 At 13 she was competing at the highest levels of the sport, “a full-time, 40-hour-a-week job” of training, school, and training some more. When she won the gold medal in 2009, she had arrived on the world scene following a five-month meteoritic rise that took her to world championship gold. On the night of the 2009 vault event final, Williams, then 16, completed a handspring laid-out Rudi and a Yurchenko double full for a combined score of 15.087 to win the gold medal.

But at that point,  she was "in between" Olympic games.

A few injuries and a lot of soul-searching led her to choose the latter. And in college at the University of Alabama (BA, 2014, MA in sports management, 2015), she set the college scene on fire, becoming an NCAA women’s gymnastics champion, and helping lead Alabama to its sixth national title.

“It was the best decision for me, and I chose to take on what college had to offer, and I didn’t look back,” Williams said.

Prior to starting law school, Williams was an athlete representative with Team USA, working with the Olympic national governing body to mentor young athletes in gymnastics. She also served on the exclusive boards which make decisions affecting these athletes, particularly women.

“Over the years, I learned that a lot of decisions about policy and procedures are made in rooms that athletes are not in,” Williams said. “I’d like to change that.”

Olympic athletes do not have a players’ association – they are not professionals and do not have agents. Often, a coach is their only advocate.

Both in college and her career, Williams learned a lesson that led her to Tulane’s nationally-ranked Sports Law Program. She worked with athletic directors, and back-office executives, and “I learned how they used legal careers to further athletics and athlete’s careers,” she said.

“I knew that skillset – of building relationships, supporting athletes – that could make a big difference for competitors. And I realized I wanted to do that.”

She sees a need for more legal education and advocacy on behalf of non-professional players.

“In my sport, those affected are teenage girls. There is no independent party that is helping them manage the many decisions they have to make in elite competition,” she said.

So how is that first-year of law school going for someone well accustomed to hard work?

“It’s been a challenge,” said Williams. “I’m used to training eight hours a day, but this is a different kind of hard.”

She has made use of Tulane’s extensive network of sports law alumni to network, and she joined the Sports Law Society and the Black Law Student Association. She is sharpening her legal writing skills, she said, and is looking at working as a law clerk for the Athlete Ombuds of the United States Olympic and Paralympic Committee.

“There are so many ways to impact athletics and I definitely want to give back to the sport that has given me so much,” she said. “Long-lasting impact. That’s what I’d like to do for my sport.”