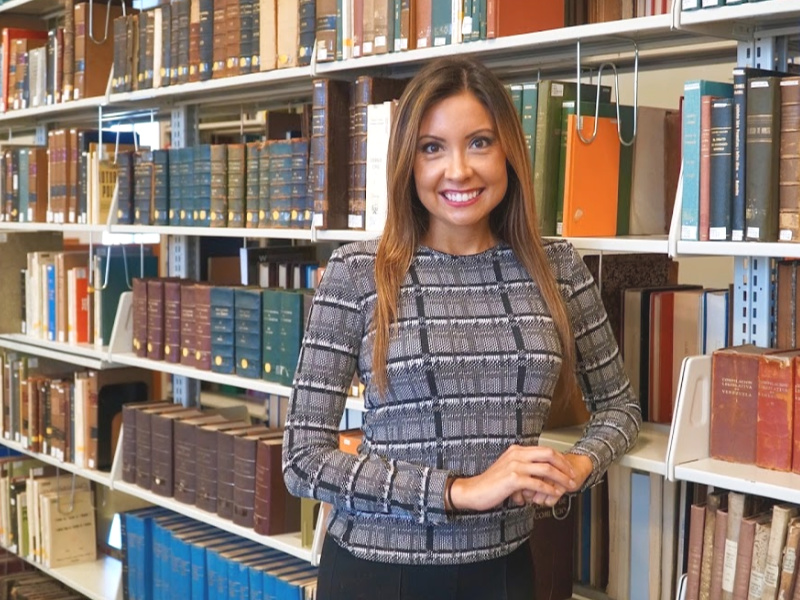 Ariel Campos was able to meet one of her heroes.

The second-year law student introduced U.S. Supreme Court Justice Sonia Sotomayor as part Tulane President Mike Fitts’ Presidential Speaker Series. Sotomayor was the inaugural speaker, and Campos, who is the president of the Tulane Latinx Law Student Association (TULLSA), was chosen to do the introductions.

“She is the reason I went to law school,” Campos said just a few days before the event. “I cried when I was asked to speak.”

In her remarks, Campos reminded the Tulane community that Sotomayor was not only the first Latina appointed to the U.S. Supreme Court, but also that she has a proud history as the daughter of Puerto Rican parents of  demonstrating “that she values empathy, understanding and the diversity of our nation in all she does. She consistently takes into account how certain societal factors disproportionately harm different groups and has remained a pillar of hope for the marginalized, underserved and the disadvantaged throughout her tenure on the Supreme Court.”

Campos, a Chicago native of Mexican descent, said Sotomayor “is everything I aspire to be as an attorney.”

When she was finished introducing the Justice, the two women shook hands as Sotomayor took to the stage. So, were any words exchanged?

“After interacting with her, she made me want to aspire to evolve into a woman like her, strong but who makes everyone feel special and important,” Campos said. “Spending time with her truly helped me realize that I am on the path I am meant to be on, and that strong women like her have paved the way for me to be able to pursue a career in law as a traditionally underrepresented student.”