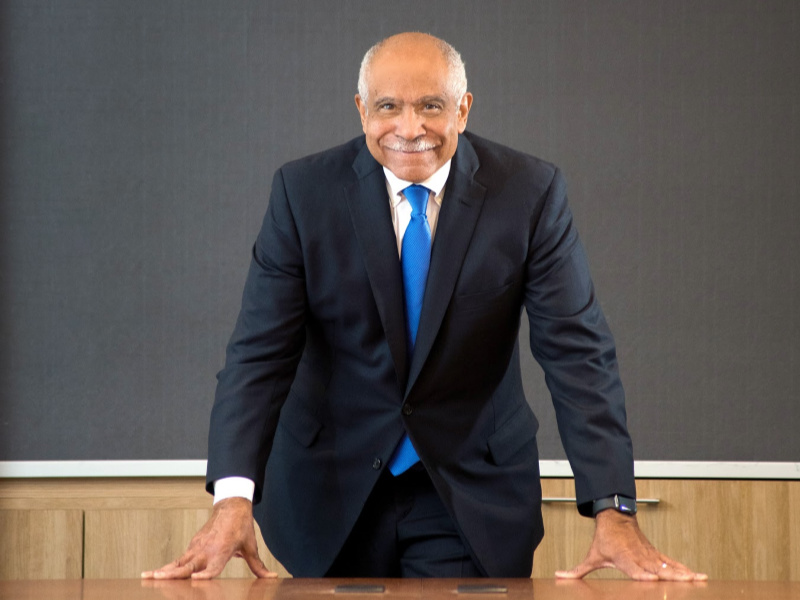 Wayne Lee,  a 1974 law graduate who is among the top lawyers in the nation and who has worked tirelessly for diversity in the legal profession, is the 2022 Tulane law School graduation speaker.

Lee, a native New Orleanian with a 40-plus-year distinguished career in law, will speak to graduates May 21 during graduation ceremonies. Lee (A&S ’71, L’74) is widely considered as one of the top attorneys in the region in the area of defense litigation. He has spent the better part of his career practicing business litigation, anti-trust, insurance and class action/mass torts at Stone Pigman Walther Wittmann in New Orleans.

Lee, a dedicated Tulanian who works with and mentors Tulane Law students, is a longtime member of the Law School’s Dean's Advisory Board and an emeritus member of the Tulane Board of Administrators.  Earlier this month, he also was awarded the Tulane Distinguished Alumni Award, one of the university’s most respected honors.

Lee also was  among the "Tulane Trailblazers" honored by President Mike Fitts with a commissioned portrait last year in honor of the lasting impact of individuals from diverse backgrounds on the university. His portrait hangs in the law school building, the John Giffen Weinmann Hall, in tribute to his lifelong commitment to diversity in the legal profession.

“We are enormously proud of Wayne Lee’s pioneering accomplishments as a lawyer and civic leader and grateful for his ongoing dedication to Tulane Law School and our students,” Dean David Meyer said. “He has dedicated his prodigious talents to making a lasting difference for his clients, community, the profession, and for his alma mater. Wayne is the very best of Tulane.”

The son of educators, Lee was among the students who followed closely in the footsteps of the first Black alumnus and alumna of the law school, Michael Starks (L'68) and Janice Foster (L'70). He was admitted as a Tulane undergraduate in 1967, receiving a degree in political science with a minor in history.

By his recollection, Lee wasn’t sure what to expect in law school, he told Superlawyers magazine back in 2020.

“It was largely a bit of luck, I have to say, because I had no idea what law school would be like,” he says. “I understood, in concept, what lawyers did—you’d watch movies on TV and see lawyers going to court—but certainly had no exposure to the other things lawyers do like tax law, real estate, finance issues, and all the different types of litigation that are out there. But I got to law school and quickly found that I enjoyed the legal process, the analysis, and ways of analyzing issues, studying the law and problem solving and applying legal principles to complex issues. I found that, for me, it was a good match.”

While in law school, Lee excelled in his coursework, joining the Tulane Law Review as one of its first Black members. After graduation, he went on to work at Stone Pigman, where he has practiced for his career.

In 2003, Lee was elected as president of the LSBA, the first Black leader in its history. During his one-year term, he established a Diversity Task Force Committee to address race, ethnicity, and gender.