In Tulane Criminal Justice Clinic, advocacy is the lesson to learn 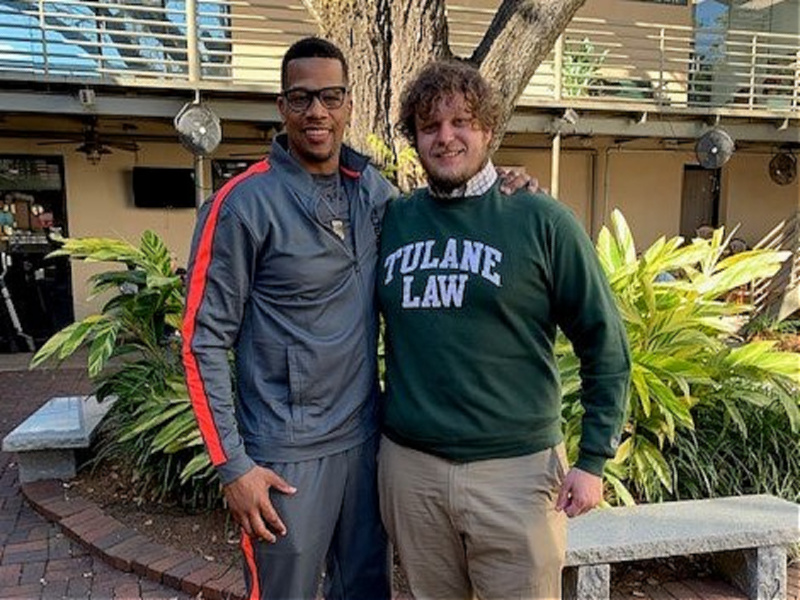 Sometimes, the mistake that lands them in prison is the catalyst for change. That is the story of Creel’s client, Joshua, who while serving 20 years of his 43-year sentence for a non-violent robbery, became a model inmate.  Joshua’s case is an example of long-term advocacy of Tulane Law students on a single case.

While in prison, Joshua had taken responsibility for his offense, enrolled in self-improvement classes, became active in Toastmasters, earned an associate degree and today is well on his way to finishing his bachelor’s.  (We are not using Joshua’s last name to protect his transition to a new life.)

“For me, he is proof that you can make a mistake and still come back to become a contributor to society,” said Creel, who gave a final parole presentation to the Louisiana Board of Pardon and Parole (LBPP). “People can regroup and take control of their lives and make a change.”

Joshua was released in January to his wife, and new life.

That is the role of advocacy, and a significant part of what law students must learn to do well, said Prof. Katherine Mattes, who directs the Criminal Justice Clinic and was Creel’s supervising attorney.

“Zac was an effective advocate, making the case (to the LBPP) that while his client had been a mess at 19, he had grown and matured since then.  He mentored younger inmates, he had earned a degree and overcome some very difficult traumas in his early life,” Mattes said. “And that is what lawyers must do – advocacy is learning how to tell your client’s story, how to express your client’s humanity.  Advocacy is showing why the person made bad decisions, not as an excuse, but to show what that person has overcome and is now safe and deserving of release.”

Before Creel, then-law students Tanner Beal and Nate Hall (both Class of 2019), had prepared Joshua’s clemency request and presented it to the Board, which agreed that Joshua was at least eligible for parole. To do that, Beal and Hall painstakingly reviewed records, interviewed Joshua and family members to understand Joshua’s life and what led him to the place he was when he was 19.

Beal and Hall turned that into a compelling memo, along with a re-entry plan and a description of the ways that Joshua had matured and grown. Creel was able to build on all their work for his presentation.

“Without all the work they put into this, my job would have been much harder,” said Creel.

Sometimes it takes years and years of work, and many student-attorneys represent the same client, Mattes said.

Creel didn’t have to wait that long to meet his client. Days after his release, Joshua and Creel met in person, having only seen each other through video conferencing.

“He said I was bigger than he thought,” said Creel, who at 6-foot-2 passes for a linebacker. “He spoke a lot about making the most of his second chance, of working hard and living the American Dream.”