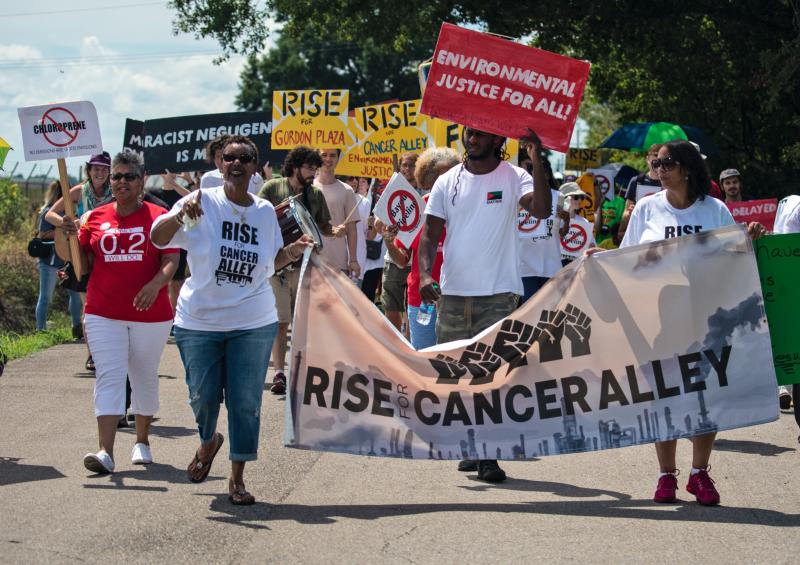 Impoverished communities in Louisiana with higher levels of toxic air pollution suffer from higher cancer rates, according to a report published by the Tulane Environmental Law Clinic.

The report compares the most recent cancer rates from the Louisiana Tumor Registry, which was published in 2021, with pollution-related cancer risk from the Environmental Protection Agency’s 2005 National Air Toxics Assessment (NATA). The analysis also accounts for race and poverty status, using data from the U.S. Census Bureau.

“You have to look at the entire picture, including poverty rates, to see the link between toxic air pollution and cancer,” said Kimberly Terrell, a Research Scientist at the Tulane Environmental Law Clinic and lead author of the report.

The reports published by the Louisiana Tumor Registry don’t include information about pollution or poverty, so it’s not surprising that they failed to document this link.”

Learn more about the report here.

The report includes pollution and poverty data for the full range of industrialized communities across Louisiana, making it far more comprehensive than the Tumor Registry’s assessment of cancer rates in the seven-parish area (from Baton Rouge to St. Charles Parish) that the Registry subjectively defines as the “Industrial Corridor.” Moreover, the Tulane Clinic report accounts for the time lag between pollution exposure and cancer diagnosis by comparing current cancer rates to historical pollution levels. And because the analysis used publicly available data from state and federal agencies, the authors’ findings can be easily reproduced.

Gianna St. Julien, a co-author of the report and a Clinical Research Coordinator at the Tulane Environmental Law Clinic, sees the existence of Cancer Alley as undeniable.

“Recent and historic pollution data show that communities along the Mississippi River have been overburdened with cancer risks from industrial facilities for decades – just as residents have been saying all along,” said St. Julien. “Our report clearly links higher pollution levels with higher cancer rates, and it's time for decision-makers to acknowledge the reality of Cancer Alley.”

The Tulane clinic conducted the research after repeated community requests for assistance in responding to misleading statements from industry and decision-makers about Cancer Alley, Terrell said.

The analysis focused specifically on cancer risk from “point sources” of toxic air pollution, which represent industrial facilities and power plants, and did not include vehicles, wildfires, airports, homes, or other mobile or diffuse sources of pollution. The large number of industrial facilities along the Mississippi River between Baton Rouge and New Orleans has given the region the nickname “Cancer Alley.” As the report describes, there are also heavily industrialized communities in other parts of the state, including Mossville and Lake Charles in southwest Louisiana.

Critics of the impact of the industrialization point to smoking and obesity as the main culprits for Louisiana’s high cancer rate; but the report found no evidence that these factors contributed to the observed link between toxic air pollution and cancer. Smoking and obesity are risk factors that occur throughout Louisiana, both within and outside industrialized regions.

“The Louisiana Constitution requires our state agencies to protect the public from toxic air pollution and its harmful effects,” said Lisa Jordan, the Director of the Tulane Environmental Law Clinic. “This report provides evidence that Louisiana communities are being harmed by toxic air pollution and the poorest communities are suffering the most.”