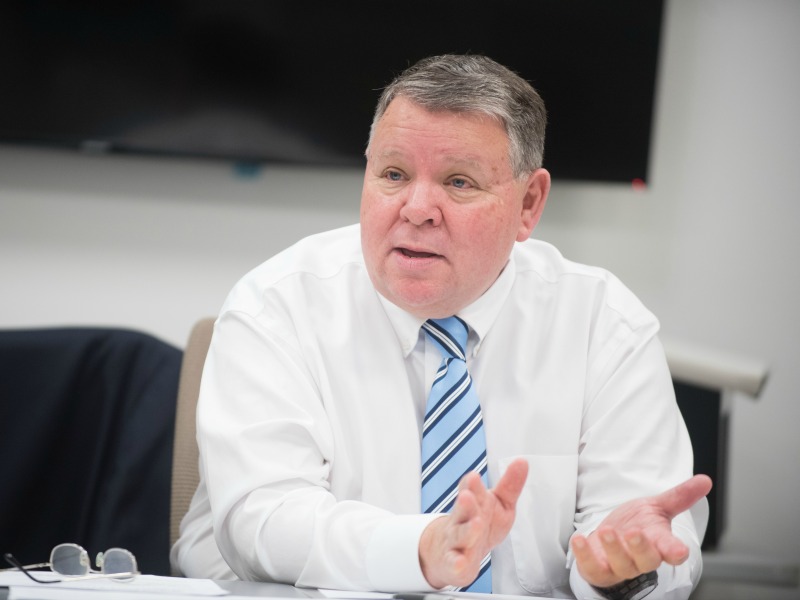 Professor David Katner and his students have filed more than 200 competency challenges on behalf of Orleans Parish kids and the vast majority were granted.

The 14-year-old had been charged with nine felonies, dating back to when he was 7. Although technically in the special education program in Orleans Parish for three years, with an IQ of about 60, he had received no instruction and was not attending school.

It’s exactly the kind of case that Professor David Katner, who directs Tulane’s Juvenile Law Clinic, takes on and uses to teach his law students that many of the children it represents simply aren’t competent to stand trial, and, moreover, shouldn’t be in the criminal justice system.

Since 2005, the Juvenile Clinic has filed over 200 competency challenges on behalf of Orleans Parish kids and the vast majority were granted.

In those cases where youths were deemed incompetent, they frequently were moved out of the delinquency system into the child in need of care system, where most can receive therapeutic help, said Katner.

In the Juvenile Court system, the Clinic’s clients have responded to regimens of therapy or received other alternatives that have helped them improve and stay out of the adult criminal system.

“Focusing on educational programs, mentoring programs, and family therapy programs can alter patterns of behavior for many of these young people,” said Katner.

In the case of the 14-year-old, his family moved to St. Bernard Parish, where he was diagnosed with prenatal alcohol exposure, commonly called Fetal Alcohol Spectrum Disorder, a condition which impairs mental, emotional and behavioral abilities, among other things. There, he could enroll in a special education program that provided therapy, medications, hot meals, and also administers prescription medications. Many of the children with diagnosed conditions that respond favorably to prescribed medications frequently are not actually given their medications.

“Hot meals for this client were a big thing,” said Katner. “This is a child that wanted to stay in detention because he had his own room and he had three hot meals a day. He needed care, not jail.”

In Jefferson Parish, an organized Board oversees services provided to children who are court involved, and the measure of the success in the neighboring jurisdiction has been the reduction in recidivism rates by nearly 50 percent in the past several years, said Katner.

“Systemic change can achieve tremendous improvement for children and their families,” he said.

Katner has written extensively about juvenile competency and how the courts often fail to provide alternatives to incarceration for young, sometimes violent offenders, many of whom are not only incompetent to understand their cases, but also barely have basic needs met at home.

Along with competency issues, Katner has written extensively about Fetal Alcohol Spectrum Disorder (FASD) including his most recent article coming out in 2023 in the American Journal of Law & Medicine and one upcoming with the Lewis & Clark Law Review.

He will present his latest work at the upcoming conference sponsored by the Harvard Medical School and the Boston University Law School in February 2023. He also has written about legal ethics and representing adolescents, medical records and privacy rights of juveniles in court proceedings, the confidentiality of disclosures by juveniles to their legal representatives, the plight of migrant children separated from their families at the border by the U.S. immigration authorities, dental diagnoses of children suffering from both child abuse and child neglect, the impact of HIV on juvenile defendants, and the delay in child abuse victims reporting their victimization and eliminating statutes of limitation which restrict legal remedies otherwise available for many of these victims.

Most recently, his article on eliminating statutes of limitations in child sex abuse cases, Delayed Responses to Child Sexual Abuse, the Kavanaugh Confirmation Hearing, and Eliminating Statutes of Limitation for Child Sexual Abuse Cases, was cited by the Washington State Supreme Court in a case involving incestuous child rape.

The Juvenile Clinic student attorneys learn the technical aspects of representing adolescent clients, including techniques of interviewing traumatized clients, and various evidentiary issues which could help them present testimony of experts who are involved in assessing children by interpreting psychometric test results.

They also learn strategies for the representation of children and identify resources to assist clients and their families in an effort to help reduce recidivist patterns of behavior.

“Representing child clients often extends beyond the courtroom, especially when the clients may be trauma-exposed, or have undiagnosed mental health issues, “ said Katner. “Most of this training is transferable to any regimen of law practice, and is not limited to the representation of adolescents.”

Clinic graduates have gone on to become federal and state judges, CEOs of Fortune 500 corporations, in-house counsel of major corporations, public defenders, prosecutors, and elected officials in local as well as state and national offices.