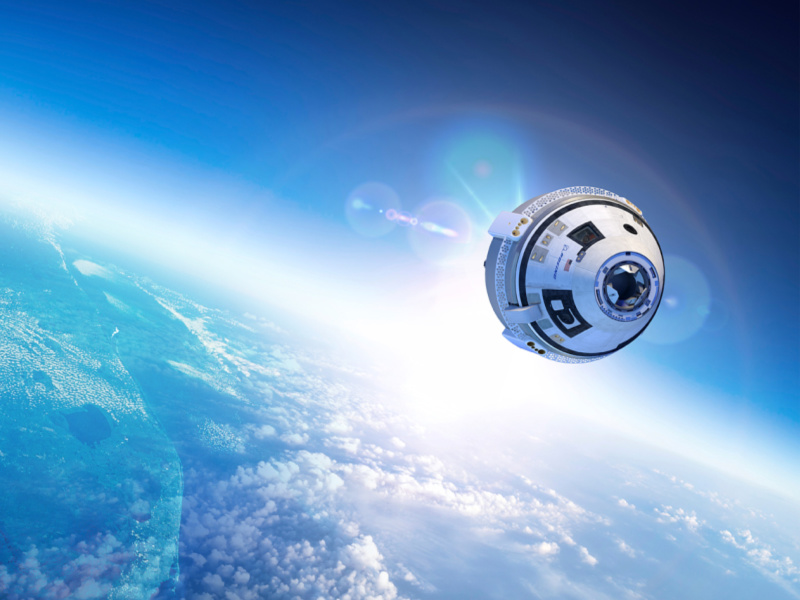 Tulane Law will launch a new program in space law with a generous gift of $1 million from alumna Darleen Jacobs (L’81).

The program will leverage Tulane’s world-leading strength in maritime law to address related legal issues now emerging with the private exploration and exploitation of space.

The gift will create the Judge S. Sanford Levy and Judge Anna Veters Levy Endowed Fund, named for Jacobs’ late husband and his first wife, which will be used exclusively to develop the space law program at Tulane.

“We are enormously grateful for Darleen Jacobs’ vision and generosity and excited about what it will make possible,” said law Dean David Meyer. “This new program will put Tulane at the forefront of addressing new and urgent questions that will govern the coming age of private and commercial space exploration.”

Space law is primarily governed by the domestic and international laws that determine the use and exploration of outer space and is anchored in legal frameworks drawn from maritime law and the law of the sea. Tulane’s global leadership in these fields, as well as in international law and environmental law, position it uniquely to contribute to the study and development of space law.

Tulane’s program will launch at a turning point in the exploration of space, when space is no longer the sole domain of national governments and is rapidly opening to private exploration by companies such as Space X and Virgin Galactic. The dawn of private space travel has ushered in not only the possibility of tourism but also of the extraction of minerals and other resources and commercial activities.

The fast-paced developments are spurring new attention to legal questions related to the regulation of travel and economic activities for which there are presently no ready answers. The early decades of space law began with the Outer Space Treaty of 1967 and focused mostly on regulating the actions of superpowers in the Cold War-era Space Race, including the military use of space.  With the arrival of private space exploration, new legal frameworks will be required to address a host of practical concerns ranging from liability for injuries and environmental impacts to navigation and jurisdiction.

“Space law is a well-established field that was originally concerned principally with military and scientific uses of outer space," said Prof. Martin Davies, who is the director of the Tulane Center for Maritime Law. "The increasing use of space for commercial purposes raises new questions about the legal regulation of commercial activity in areas beyond the national sovereignty of any single country. Maritime law and the law of the sea have long experience with exactly those kinds of transnational questions, which is the value that Tulane, with its historic strengths in these fields, hopes to add to space law studies, thanks to this generous gift."

Jacobs is a founding partner of Jacobs, Sarrat, Lovelace, Harris & Matthews, her firm in New Orleans which practices plaintiff litigation. She has earned a reputation in the legal world as a tough attorney who is a staunch advocate for her clients.

A local born and raised in the lower 9th Ward, Jacobs put herself through school, earning her undergraduate degree from Louisiana State University and her J.D. from Loyola College of Law, where she often was the only woman in her law classes. She received an LLM in admiralty law from Tulane Law School and is a prominent local trial lawyer, developer, and owner of Home Finders International. She also is a licensed pilot.

"Space law in the next three years will be at the height of all corporate agendas," said Jacobs. "It is time to move forward to the next level of legal challenges, and Tulane Law School is in the best position to do that."

Jacobs made the gift in honor of her late husband and his first wife, both of whom made significant contributions to the law in Louisiana. Judge S. Sandford Levy was a Loyola University Law graduate who was first appointed to the bench in 1964 on the First City Court in New Orleans. He later was elected to Civil District Court in Orleans Parish where he served with distinction until 1983.

Judge Anna Judge Veters Levy (NC’13, G’15) was a Newcomb College and Tulane graduate who later attended Loyola Law. She was among the first women to practice law in Louisiana and in 1941 was the first woman elected judge in the state. She served on the Juvenile Court in New Orleans, pioneering the humane treatment of juvenile offenders. In 1956, she wrote the book, “Other People’s Children” advocating for a holistic approach to juvenile justice.