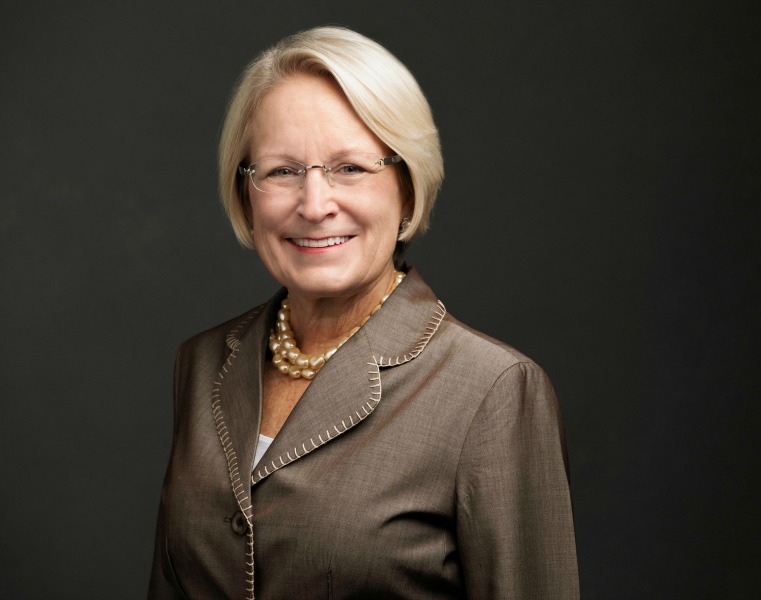 Judy Perry Martinez (L’82) became the president-elect of the American Bar Association earlier this week at the organization’s annual meeting in Chicago, assuring that a Tulane Law alumna will lead the nation’s largest professional legal organization beginning in 2019.

Martinez, a dedicated Tulanian who serves on the Tulane Law Dean’s Advisory Board and is a staunch supporter of the university’s law students, is an attorney with the New Orleans firm of Simon, Peragine, Smith and Redfearn.

In addressing the ABA Tuesday, Martinez was true to her roots in public service, calling on the organization to continue to stand up for the rule of law and the voiceless.

“Our profession and our country continue to look to the American Bar Association—the only organization that brings together lawyers in private practice, prosecutors, criminal defense counsel, civil legal aid lawyers, policy makers, government lawyers, judges, law professors, and law students—to speak on issues critical to the rule of law, justice system and our democratic values, and to lead with knowledge of the law and respect for the principles on which our nation was founded,” Martinez said.

“I will be guided by the association’s unparalleled history of standing up for the voiceless and its unwavering commitment to support our members to be the best that they can be each day for their clients and the public they serve.”

Bob Carlson, a shareholder with the Butte, Montana, law firm of Corette Black Carlson & Mickelson, P.C., became ABA president and will serve until next August, when Martinez assumes the role.

“Judy Perry Martinez personifies the highest ideals of the legal profession and we couldn’t be prouder of her at Tulane,” Dean David Meyer said.  “The bar and the nation will benefit enormously from her tireless, energetic advancement of the cause of justice.”

Since graduating with honors from Tulane Law, Martinez has led a career deeply tied to public service. She’s held a succession of key leadership positions within the 400,000-member ABA, including chairing the ABA’s Presidential Commission on the Future of Legal Services, and was among the young lawyers of the Louisiana State Bar Association (LSBA) who in the early 1980s launched the New Orleans Pro Bono Project.

She joined Simon, Peragine, Smith & Redfearn in 1982 as commercial litigator, eventually becoming a partner. In 2003, she joined Northrop Grumman, an international aerospace company, where she worked first as in-house counsel directing much of the company’s litigation and later as vice president and chief compliance officer.

In 2015, she retired from Northrop Gumman and became a fellow at the Advanced Leadership Initiative at Harvard University, where she spent a year in residence before returning to Simon, Peragine, Smith & Redfearn.

She has received numerous awards for her work as a litigator and for her public service, too. She twice received the Louisiana State Bar Association President’s Award and the Camille Gravel Public Service Award, which recognizes a local attorney who has done substantial pro bono work. Last year, she received the David A. Hamilton Lifetime Achievement Award from the LSBA and the President’s Award by the New Orleans Bar Association.

As a member of the Tulane Law’s Dean’s Advisory Board, she remains closely involved in supporting students.  Last August, she joined fellow alumni Wayne Lee (L ’74) and Robert Waldrup (L ’16) in a special panel discussion on the importance of diversity in the legal profession and, in November, arranged and hosted a discussion at Tulane Law with then-ABA President Hilarie Bass.

Earlier in the year, Martinez spoke to ABA members in Vancouver, calling on lawyers to face new challenges boldly and innovatively, particularly within the nation’s justice system.

“The world is fundamentally changing, and with those changes come challenges and opportunity,” Martinez said. “We, the lawyers, will lead, by instilling in the public a renewed sense of confidence in our justice system.”