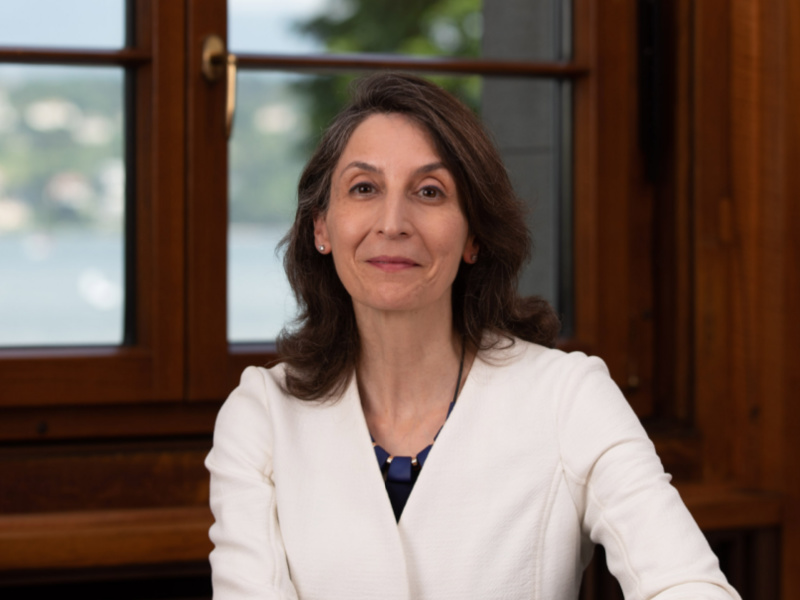 She credits her exceptional career success to the legal foundations she gained at Tulane Law and her advocacy skills born during her time in the Moot Court Program.

Of course, that was waaay back, long before alumna Angela Paolini Ellard (NC '82, G '83, L '86), an internationally recognized expert on trade and international economic policy, was appointed last summer as one of four Deputy Directors-General of the World Trade Organization, based in Geneva, Switzerland.

Ellard serves in a top leadership role in the world’s trade body, where the 164-member economies negotiate agreements governing the rules of trade, monitor compliance with the rules, and settle disputes.  While the WTO's top leader, Dr. Ngozi Okonio-Iweala, is the first woman, and first African, to serve as the WTO’s Director General, Ellard is one of two women serving as her deputies.

“I'm honored to serve as Deputy Director-General," said Ellard. “The WTO is a complex organization facing many challenges.  My role as an international civil servant and diplomat is to help to achieve consensus among 164 members, solve global trade problems, and remain true to the mission of the WTO to deliver results that benefit people in practical ways.”

Ellard fell in love with public policy during her 26 years on Capitol Hill. After law school, she went into private practice in D.C., and eventually served in Congress as the Republicans’ Majority and Minority Chief Trade Counsel, negotiating bipartisan trade agreements within Congress, with senior officials of the Clinton, Bush, Obama, Trump, and Biden administrations, and with foreign officials. When her appointment as Deputy Director-General was announced, members of Congress from both parties lauded Ellard’s expertise and commitment during her time on the Hill.

“I participated in every competition I could because they were tremendous learning experiences,” she said. “Moot Court taught me how to present a point of view, advocate, stay calm under pressure, and respond to tough questions. I'm grateful Tulane provided me that opportunity, particularly Prof. George Strickler. These skills have been invaluable throughout my career.”

She also appreciates the exposure she received at Tulane to civil law, which she found “quite relevant in understanding how other countries look at legal issues, statutes, and case law,” she said.

Her advice for law students who wish to work in international trade is to learn that the “scorched-earth approach” is usually not the best solution in negotiations.

“The most successful times in my career have occurred when everyone collaborated to create consensus,” she said. “We generated solutions that are durable because the participants were committed to them instead of being forced. Each party has a stake in success.”

And it doesn’t hurt it you can sharpen your advocacy and public speaking skills.

“Take the opportunity now to get in front of people, whether it’s an oral argument or making a presentation," she advises. "The ability to think on your feet, listen carefully to what others are seeking, and articulate your thoughts convincingly is just as important as having the facts on your side.”