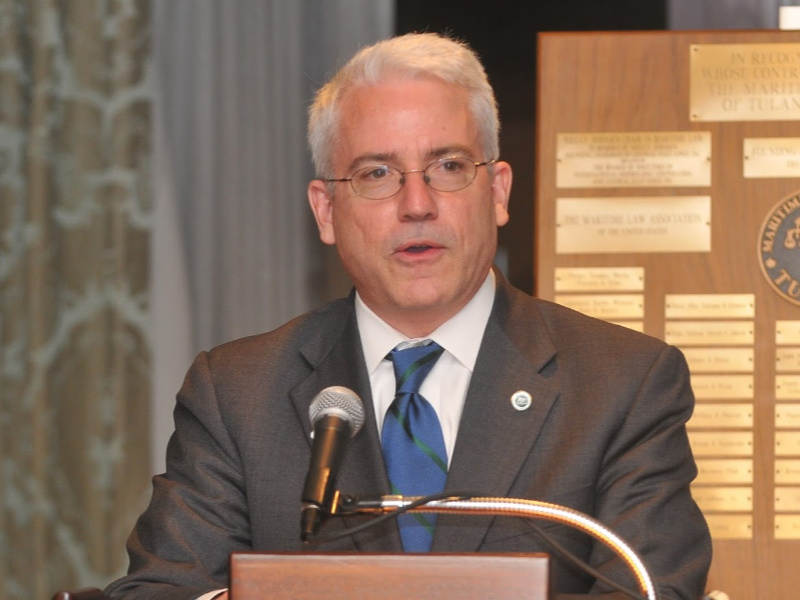 In the wake of protests around the country after the death of George Floyd, Tulane Law this summer has ramped up existing and added new initiatives to provide greater support for students of color and build a more inclusive community.

Dean David Meyer announced the moves in a letter to students, which affirmed greater support fo inclusion and diversity.

Among the most significant moves is creating an Anti-Racism Task Force of students, staff and faculty to implement existing and new initiatives and provide guidance for future efforts. Other programming includes a series of online discussions this summer on race and racism, expanding existing mandatory Implicit Bias training for all students and expanding coursework on race and social justice.

“I know that many of you are suffering acutely and we want to support you in any way we can.  While all of us are reeling in our own ways, rooted in our own perspectives, I also know that our Black students are suffering specially based on their own lived experiences with racism and oppression,” Meyer wrote to the Tulane Law community. “In the wake of so many searing displays of indifference to the lives and wellbeing of Black people across our country, we must all stand united as a community in pledging to support one other and in making good the moral imperative that Black Lives Matter.”

With Dean Lezlie Griffin (L’07), the law school’s dean of diversity initiatives, and Dean of Students Abby Gaunt, Meyer met with past and present leaders of Tulane’s Black Law Student Association to solicit their advice and partnership in expand existing programming to support Black students and educational opportunities relating to race and social justice.  Based on that collaboration, Meyer announced a series of new and expanded initiatives, beginning immediately.

One initiative this summer has added a series of of discussions on race and racism as part of the law school’s Distancing Together programming.  These have included discussions of the film Just Mercy, based on the book by Bryan Stevenson; White Fragility by Robin DiAngelo; Becoming by Michelle Obama; and The Color of Law by Richard Rothstein, with administrators, faculty members, and practitioners.  The summer series will conclude with mandatory trainings on Implicit Bias for all students, in addition to the mandatory bias training that all incoming 1Ls already receive as part of the law school’s orientation program.  In the fall, the law school will continue to expand the diversity and inclusion programming that Griffin’s office routinely organizes.

The expansion of additional courses on race and inclusion will include classes, teach-ins, and workshops, some of which were already in development. The Office of Experiential Learning is working to assist students in finding pro bono opportunities focused on social justice within communities of color, in New Orleans and elsewhere.

Student organizations will work with the law school to promote robust opportunities for engagement with issues of race and equal justice and equity in funding and membership selection.

The Anti-Racism Task Force, composed of students, faculty, staff, and administrators, will aid in implementing initiatives and adding more in the future. The task force is having an initial meeting in June and its membership expanded in the fall through an invitation for additional interested students to apply.

Additionally, the Dean and law school administration is reminding all members of our community that any form of discrimination or harassment on the basis of any protected classification is not tolerated at the law school. Students engaging in this behavior may face disciplinary charges under the Tulane Code of Student Conduct.  Students are encouraged to report incidents of bias or discrimination on Tulane.edu/concerns or to one of the law school deans.

“Amid so much grief and despair, there are heartening signs that the murder of George Floyd might at last be a catalyst for genuine systemic change.  We must seize this opportunity to ensure that we are doing all we can to educate ourselves, strengthen our community, and prepare lawyers who can lead that change,” Meyer said.