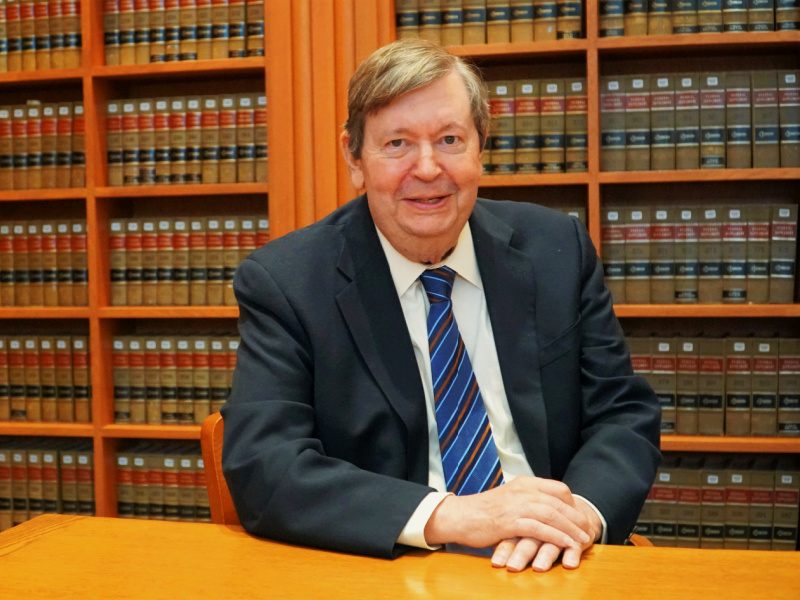 A renowned scholar of comparative law and legal history, Tulane Law Professor James Gordley has been awarded the Lifetime Achievement Award by the American Society of Comparative Law.

The ASCL award is given for a lifetime of work that has provided extraordinary contributions to comparative law in the U.S., and honors living senior comparatists whose writings have shaped the direction of American comparative and international law.

In presenting the award, ASCL President Maximo Langer of the UCLA School of Law stated that “the Lifetime Achievement Award is the highest honor the American Society of Comparative Law gives, and Professor Gordley is so clearly deserving of it. He has been one of the most insightful comparative law scholars in the world for several decades. We feel so lucky to have him as one of our members, and to be able to honor his outstanding career.”

Gordley has authored a dozen books and more than 100 scholarly articles on a broad range of topics relating to the history and philosophy of contract, tort, and other private law in societies around the globe.  Among many other honors, the ASCL in 2015 awarded Gordley the H. Patrick Glenn Prize for the most significant contribution to the American Journal of Comparative Law.

“Jim Gordley is a towering figure in comparative law and a scholar of exceptional insight and impact,” said Tulane Law Dean David Meyer.  “We are extremely fortunate to have him at Tulane, where he helps lead a faculty with extraordinary depth in comparative law.”

Earlier in the year, one of Gordley’s colleagues, Professor Vernon Palmer, was honored by the International Academy of Comparative Law as one of the world’s “Five Great Comparatists.” 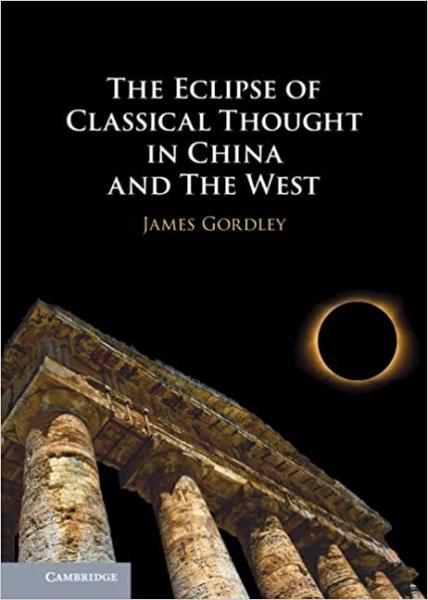 Gordley’s Lifetime Achievement Award from the ASCL comes on the heels of the publication of his most recent book, The Eclipse of Classical Thought in China and The West, published earlier in 2022 by Cambridge University Press. The book is a monumental exploration of the origins and influences of the Chinese and Western philosophical traditions in shaping competing understandings of social obligation and the role of government.

Gordley looks at how ethics, justice and government have long been built on the classical traditions and ideas established in China by Confucius and in the West by Socrates.  In particular, the book documents the influence of these traditions in the formation of the Song Dynasty in China and the founding of the American Republic.

The book takes a long road trip through history, identifying times when these two traditions, firmly rooted in human nature as an overriding motivator for decisions, have converged.  Gordley also examines the ways in which these traditions have been stressed and eclipsed by modern developments, including the rise of absolutism in China and of skepticism and neutrality concerning fundamental values in the West.

“Whether we value the opportunities for a good life that arise through cultural norms or those that arise by devaluing them, our choices matter because we may choose for better or worse,” Gordley writes in the book. “If one denies that possibility, one cannot explain the value of freedom.”

He was a fellow at the Institute of Comparative Law at the University of Florence, an associate with the Boston firm of Foley Hoag & Eliot and an Ezra Ripley Thayer Fellow at Harvard before beginning his teaching career.