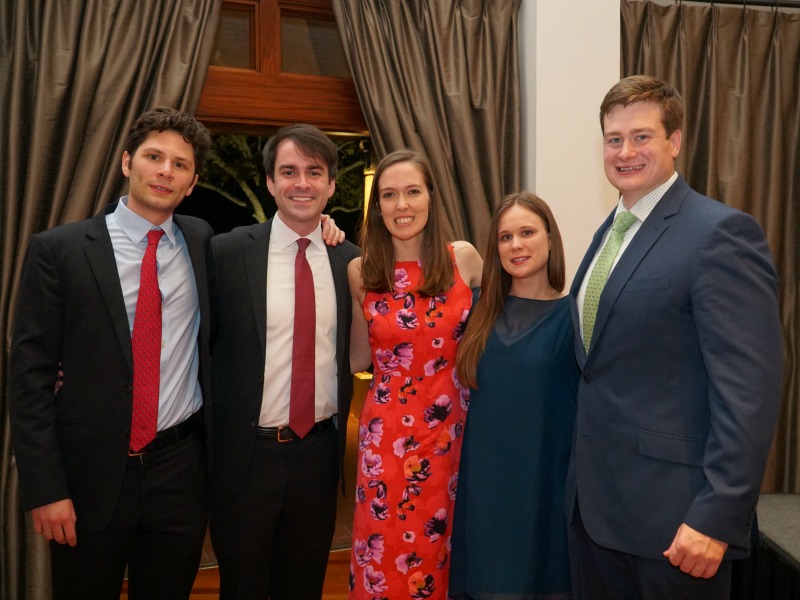 The Tulane Law Review hosted its annual awards ceremony -- celebrating the accomplishments of this year's writers and editors - April 3 at the Audubon Tea Room.

With a backdrop of New Orleans' famed Audubon Park, with its massive oak trees and the sight of an occasional peacock wandering by, the Law Review honored some of its own, and those who contributed articles throughout the year's five editions. Members of the Law Review Board of Advisory Editors were on hand for the dinner and a reception following the awards. Among the honored guests were Judge Edith Brown Clement and her husband, Rutledge; Judge Martin L.C. Feldman; Judge Jay C. Zainey; and Judge Barry Ashe.

See photos of the event here.

Awarded to the author of the best article in the current volume.

Established in honor of Robert E. Friedman, a 1935 graduate of Tulane Law School and Editor in Chief of the Tulane Law Review in 1934-35. He was a member of Phi Beta Kappa and Order of the Coif. He was a Navy veteran of World War II and was a former member of the U.S. Department of the Interior. He retired as head of the legal department of Mobil Oil of California. It is awarded annually on the nomination of a committee to the student submitting the best comment appearing in the current volume of the Tulane Law Review.

This award was established by Judge David Gertler (graduate of Tulane Law School). It is awarded annually on the nomination of a committee to the first-year member of the Tulane Law Review submitting the best case note in the current volume.

Established in 1974 by Colonel and Mrs. John H. Tucker, Jr., to promote interest in Civil Law Scholarship.  This award is presented at the Banquet each year to the student author of the best case note or comment on a civil law subject.

Awarded to the junior and senior members of the Review who, in the view of their fellow members, have made the most significant contributions to production excellence.

To be awarded to that senior member of the Board of Student Editors of the Tulane Law Review who has most effectively contributed to the success of the year’s publication program.

The Conrad Meyer III Law Review Award is presented in honor of Conrad Meyer III (who served with distinction as Chairman of the Advisory Board for twelve years) each year to the member who, in the view of their fellow members, has consistently exhibited outstanding leadership skills and dedication.

This year there was a tie, so two students received the award.

The Academic Leadership Award is given at the Banquet each year to the outgoing Editor-in-Chief, in appreciation for their work in leading the Review for the year.