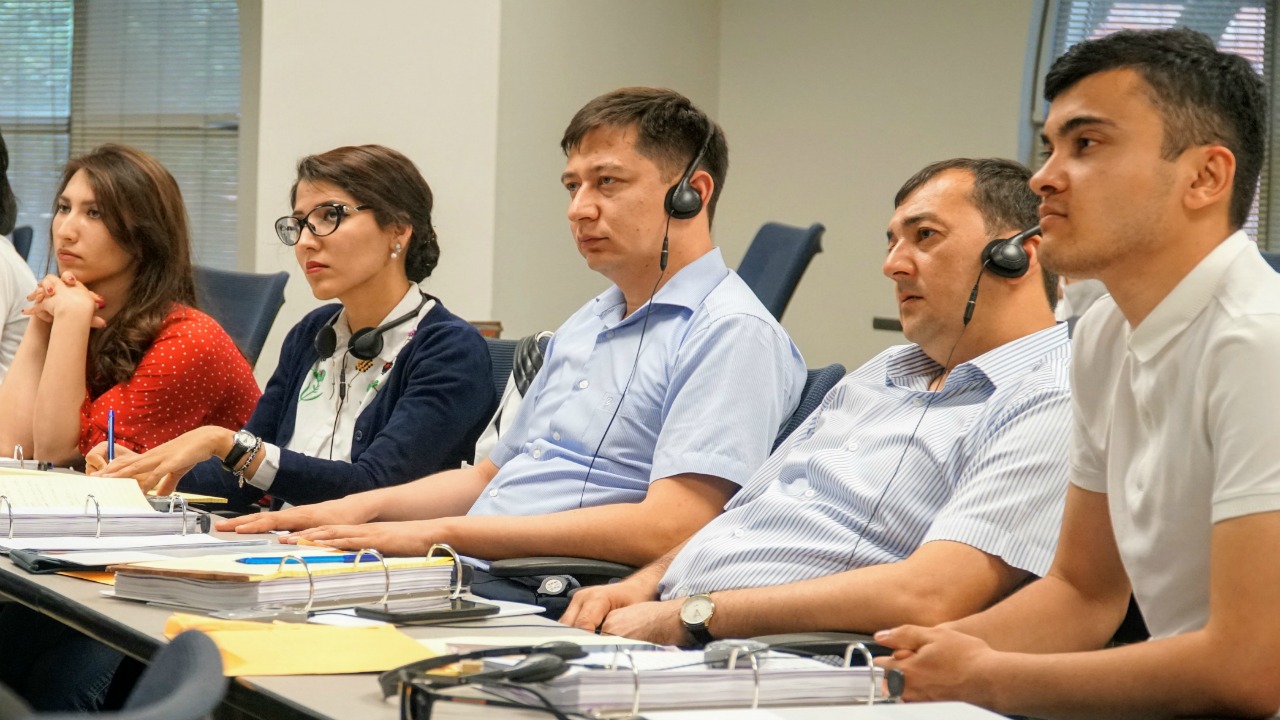 A delegation from Uzbekistan is the largest group at the Institute training this year, with 14 participants and two translators.

It’s a Silver Anniversary for the International Legislative Drafting Institute  which helps shape laws around the world—and in the process, makes lives better.

The Public Law Center (TPLC) of Tulane Law School convened its 25th annual Institute in June with 44 participants from eight countries located in Africa, Asia, Europe, and South America. They took part in a two-week training program that responds to the worldwide demand for new laws to support the emergence of free-market economies and democratic forms of government.

Global economic development and new forms of governance created a need during the 1990s for more sophisticated and technically proficient legislative research and drafting. Many countries needed a whole new regime of domestic laws.

“This demand for new laws ultimately filtered down to legislative drafters, who felt acutely the need for training that could assist them in meeting the challenge,” said Prof. David Marcello, (L'71) who is TPLC’s Director.

Countries entering the global marketplace and adapting to democratic influences at home and abroad need new laws regulating the environment, economic development, labor relations, and other aspects of the free trade regime. The Institute meets these needs with a curriculum of lectures, readings, drafting exercises, site visits, computer research, instruction in the use of technology, "roundtable" discussions, and individual student conferences with faculty.

The training, which is intended for both lawyer and non-lawyer drafters, employs pragmatic learning and emphasizes the importance of public participation in legislation. Participants learn by doing through drafting exercises, research assignments, and preparation of a formulary for use in their own drafting offices. Roundtable discussions enable participants to share ideas and information with each other, learning "how we did it" in response to numerous common problems of interest to drafters.

This year, the largest delegation came from Uzbekistan, which sent 14 participants from various government agencies, ministries and universities. These participants are charged with assisting the Uzbek government create a legislative infrastructure that is based on international best practices and can support the transition to a market economy.

A government relations expert from the firm Tetra Tech DPK, Robert Underwood, worked with the Uzbek delegation on the United States Agency for International Development (USAID).  He hopes participants will utilize the knowledge gained from the Institute to effectuate major legislative enactments, including drafting a new Civil Code, revising intellectual property provisions and preparing the country to enter the World Trade Organization.

“It's been my experience that many participants will take these valuable lessons back with them and teach others, and in turn, positively influence the manner in which the government conducts  its business on behalf of the citizens of the country,” Underwood said.

In 2017, Pius Perry Biribonwoha, a Director of Legal and Legislative Services for Uganda’s parliament, graduated from the Institute. He uses what he learned at Tulane Law daily, he said.

“It is an intense training, extremely useful and on topical issues,” he said. He returned this year to lecture on the work of the Africa Colloquium of Legal Counsel to Parliaments, which advises African legislatures on the law. “I refer to the materials I received here almost daily. I value my experience here that much.”

He remains in touch with his former classmates, and they share experiences and help each other. “They’re very sad they couldn’t come!”

The Institute ended with a Graduation Reception on Friday, June 21. During their two-week visit, many of the participants enjoyed not just the rich educational experience, but also the culture and beauty so evident in New Orleans.