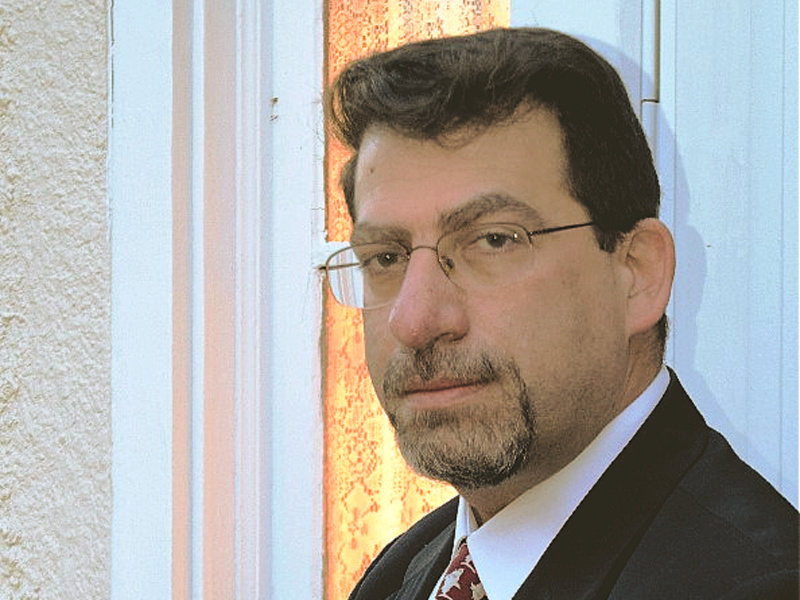 Larry Kahn, a member of the Class of 1995, left his maritime law career in 2014 and became an entrepreneur. His latest venture is working with utility companies on how to better manage the vegetation around powerlines, and he's hired several Tulane Law students this winter to help him research laws in the 50 states.

Larry Kahn (L’95) wasn’t exactly planning to be an entrepreneur after practicing maritime law for 20 years in one of the most prestigious firms in New York.

Yet in 2014, enticed by launching a startup that recycles old ships (a growing part of the maritime industry), his career took a turn that would be fortuitous. With that experience, and his company’s strong safety record, utility companies began asking if he would consider a startup to tackle the dangerous work of removing trees from around utility lines.

“It’s one of the most dangerous fields of work,” said Kahn, a long-time maritime lawyer-turned-entrepreneur.  “But the only way to succeed is to hire really good talent and to know more about the industry than anyone else.”

And that is where his love for Tulane Law School and giving back intersected.

Kahn’s newest venture, AERI (Asomeo Environmental Restoration Industry), is working with utility companies to safely remove vegetation and trees from around powerlines, and to find environmentally sound ways to mitigate those impacts. In legal parlance, it's called "utility vegetation management" or UVM.

As part of the work, he and his partners wanted to document every rule, law or regulation involving vegetation and powerlines in North America, starting with all 50 states. Four Tulane Law students will work on this extensive research in paid internships over the December-January break, Kahn said.

“I enjoy working with students. They bring so much diversity of thinking, of creativity,” said Kahn. “I learn as much or more from students as I hope they learn by working with me.”

Kahn plans to expand this internship to more students as their “compendium” of laws and regulations is completed. He wants to build this informational arsenal to include laws governing utilities in Mexico, Canada, and the Caribbean islands over time. He also plans to work with the students to publish in trade and legal journals about navigating these UVM issues.

“This was an unexpected opportunity,” said Ryan Anderson (L’22), a student who reached out to Kahn as she was building a new mentorship program for environmental law students. She is one of the students that will research these regulations.

“It’s an amazing opportunity to work on a cutting-edge area of the law,” she said.

Kahn said he needs the information to better work with utilities, and to find holistic approaches to the problems – fires, electrocutions, deaths and outages – that trees growing around powerlines have caused.

“This is an area of energy and environmental law that has had no serious attention,” he said. “It is a multi-billion dollar a year industry in the U.S., and touches every state, every man, woman and child, and no one has paid any attention to it in terms of managing the study of UVM law and managing it well.”

For students, it’s not just about working in the legal field. They will become, in essence, experts in utility vegetation management laws in each of the states they study.

“I believe this work makes these students instantly employable,” Kahn said. “Not only will they have the extensive legal knowledge in this field, but they will also be published authors. We plan on having them present their work at conferences, so they will have speaking opportunities on their resumes as well.”

This is not Kahn’s first time developing an internship program for Tulanians.

As a first-year law student, with the help and direction of the iconic Prof. Robert Force, a world-renowned maritime law scholar and Director Emeritus of the Tulane Maritime Law Center, he persuaded the Center for Seafarer’s Rights in New York to hire him as their first-ever (unpaid) intern.

“They did reimburse my train and subway fare,” recalled Kahn.

That experience led him to work with the Center and Tulane Law to maintain the internship beyond his time in law school. Each summer, Tulane’s Maritime Law Center funds a student intern to work at the Center, which was recently renamed the Center for Maritime Advocacy.

After he graduated, Kahn went on to work for the Center as an attorney, before he joined the New York firm of Freehill, Hogan & Mahar, where he spent most of his career.

“Because of Tulane, someone took a chance on me as a student, and so I want to give other students a chance, too” said Kahn.

In the coming years, he hopes this area of law can become part of Tulane’s curriculum, as well.

“Tulane and New Orleans are just so well positioned to really develop a program in this field,” said Kahn. “It’s an incredible opportunity.”