Networking in the pandemic: How one Tulane Law student created a mentorship program 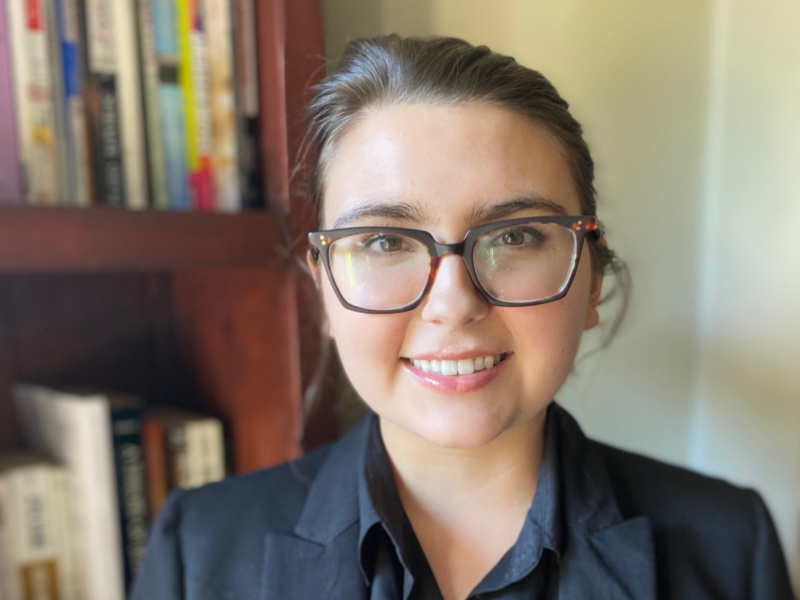 Law student Ryan Anderson (L'22) has organized an environmental law mentorship program where she matches students with alumni who can offer advice about navigating law school and the legal job market.

The COVID-19 pandemic took a lot from students at Tulane Law School – much more than live events and in-person classes.

For second-and-third-year law students, the crucial aspect of networking with alumni and lawyers working in their preferred field became more complicated than ever.

Ryan Anderson (L'22), a second-year law student, stepped in. With a Google form and a list of environmental law alumni, she spent the early part of the fall semester connecting with practitioners to see if they would mentor students in the Tulane Environmental and Energy Law Society (EELS) wanting to follow in their footsteps.

Within a few months, the Environmental Law Mentorship Program took off with about 30 students matched with mentor lawyers.

“I was concerned that we would lose that sense of networking,” Anderson said. “There is nothing like having someone who has been through it, through law school and finding a job, offering ideas about how you might position yourself for that next internship or that next job.”

The pandemic gave the law program something good, too: Connectivity. The increase in remote communication, of virtual meetings, was helpful in connecting with alumni who live and work across the country and who normally would have been unable to participate.

And to her surprise, Anderson received much more interest from incoming first-year law students.

“I definitely want to work on expanding the program to reach more 2Ls and 3Ls, especially since those are the years you’re really looking at finding a job after law school,” she said. “But I was pleasantly surprised that the first-years were so interested.”

Meanwhile, Brennan Spoor (L’22) connected with alumna Amanda Callihan (L’17), an Assistant Attorney General for the state of Tennessee in the environmental law division.  The two have had a few conversations where Callihan offered advice on navigating job interviews in and outside of government.

"I was excited when Ryan reached out to me because I know what it feels like to have that uncertainty about a job while you're in law school. And I knew that with COVID, it would be difficult to network," said Callihan, who added that she made a point to reach out to anyone working in environmental law in her home state after graduation.

"In fact, a woman who helped me, introduced me to others, and just gave me advice is now my co-worker. You just never know. I encourage students not to be afraid to just put themselves out there."

Spoor got a lot out of their conversations.

“It was really helpful to hear from a Tulane alum, and a recent graduate, about how they pursued a job, what things stood out in her resume,” said Spoor, who is hoping to work in the Department of Justice in environmental law. “She gave me some sample answers to questions she got through the interviewing process and just guided me about how she got her job.”

One of the things Callihan suggested: Put forth a lot of effort into writing, either for one of the law journals or in research papers for professors.

With that in mind, Anderson wants to expand the mentorship program to include alumni who can mentor those environmental law students working on the Journal.

"Learning how to be a good writer is a crucial part of becoming a good attorney, and Journal members would benefit from guidance about how to write a case note, and how to target research and writing,” said Anderson, who this year is a junior member on the publication.

Another surprising development of the mentorship program: After receiving Anderson’s email, alum Larry Kahn (L ’95) quickly wrote back and, partnering with the Tulane Center for Environmental Law (TCEL), ended up hiring several current students who will help him research utility vegetative management regulations. They will be working for him through the December break.

As a law student, Kahn benefitted from a summer internship in maritime law, he said, and he wants to pay that forward.

“Every application we received was amazing. It was like being in an ice cream shop and having to pick your favorite, but there are no wrong choices. Every student was that good and qualified,” Kahn said.

Because of that, Kahn is already working with the TCEL to expand this opportunity in what he sees as an untapped area where environmental and energy law come together.

Read more about Kahn and his work with Tulane Law students.

“The mentorship program fits perfectly with the Tulane Center for Environmental Law’s goal of better integrating our current students with our former students. I love that this idea came from Ryan, a student, and that this project for several students to get legal training came from Larry, an alumnus,” said TCEL Assistant Director Christopher Dalbom (L’12).

If you would like to mentor law students in environmental law, reach out to Jane Johnston at the TCEL: jjohnst1@tulane.edu