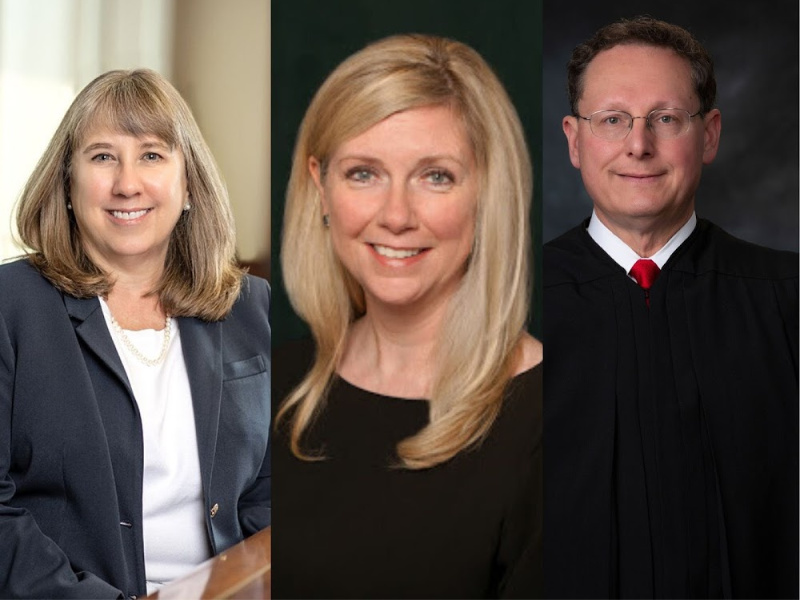 In what can be called a banner year for Tulane Law alumni joining the judicial ranks, three Tulanians have been named to the federal bench in recent months.

Currault has been a practicing attorney with Gordon, Arata, Montgomery Barnett, LLC, where she has worked for almost 30 years as an associate and then partner. Her practice included complex commercial litigation matters, including class and collective actions, as well as labor and employment law. She is an active member of the Federal Bar Association and its New Orleans Chapter, having served as Chair of the FBA’s Labor & Employment Section in 2015-16 and on the New Orleans Chapter’s Board of Directors since 2002 where she currently serves at the Recording Secretary.

In September 2019, she was elected to serve as a Director of the Foundation of the FBA, where she is Life Fellow.  She is also a Fellow of the American and Louisiana Bar Foundations and Litigation Counsel of America.  She currently serves as the Examiner for Code I for the Louisiana Committee on Bar Examinations.

Grabill has been a New Orleans bankruptcy lawyer primarily, but also has practiced commercial law and oil and gas litigation in Louisiana and New York.  Prior to her appointment to the federal bench, Grabill was an attorney at Lugenbuhl, Wheaton, Peck, Rankin & Hubbard. In addition to her legal work, Grabill has been widely recognized for her tireless efforts to volunteer in the community through pro bono work in family law -- adoption, custody, interdiction and succession matters. She received the Pro Bono Project’s  Distinguished Service Award in recognition of her work in family law and community assistance and the Pro Bono Publico, Pro Bono Century and Citizen Lawyer Awards from the Louisiana State Bar Association.

She is an adjunct professor of law at Tulane Law School, where she was a founding faculty of the Civil Litigation Boot Camp. As a law professor, she taught an advanced bankruptcy course  and has been an active member of the Law Review’s Board of Advisory Editors.

Wheelis has been a long-time attorney in Alexandria practicing banking, bankruptcy and commercial law since receiving his Juris Doctor from Tulane Law in 1985. Wheelis was appointed by the U.S. Fifth Circuit Court of Appeals in April of 2019 to serve as a bankruptcy judge in the Western District of Louisiana at Alexandria and Monroe. His investiture was in October.

Prior to his appointment, he founded the Alexandria firm Wheelis & Rozanski, APLC, where he practiced for 20 years. Prior to that,  he was a partner  Provosty, Sadler & deLaunay in Alexandria. Wheelis' legal practice focused on representing creditors and trustees in all bankruptcy chapters, banking, business and commercial law, litigation and appeals.  He also represented debtors in Chapter 11 reorganizations and Chapter 7 matters. He practiced throughout all of Louisiana’s federal districts, and appeared on behalf of clients in more than 25,000 cases.

Wheelis is a Board Certified Business Bankruptcy Specialist, certified by the Louisiana Supreme Court and the American Board of Certification since 1997.  He served from 2011-2019 on the Board of Directors of the American Board of Certification, serving also on the Standards and Faculty committees, and has been a member of the American Bankruptcy Institute for more than 20 years.  He served as a member of the LSBA Bankruptcy Law Advisory Commission, and chaired the LSBA Board of Legal Specialization. He served as an Assistant Louisiana State Bar Examiner for Code III from 2005-2019 and held memberships in the Louisiana Bankers Association, serving on the Bank Counsel Committee; Louisiana State, American and Alexandria Bar Associations; and LSBA House of Delegates.

Wheelis also is a member of the American Inns of Court and the Federal Bar Association and an Associate Member of NACTT. He appeared consecutively in the annual editions of Louisiana Super Lawyers, Business Bankruptcy / Creditor Rights, from 2007-2019. Wheelis previously served as an adjunct professor for paralegal studies at Northwestern State University and Louisiana College and taught courses for the American Institute of Banking.