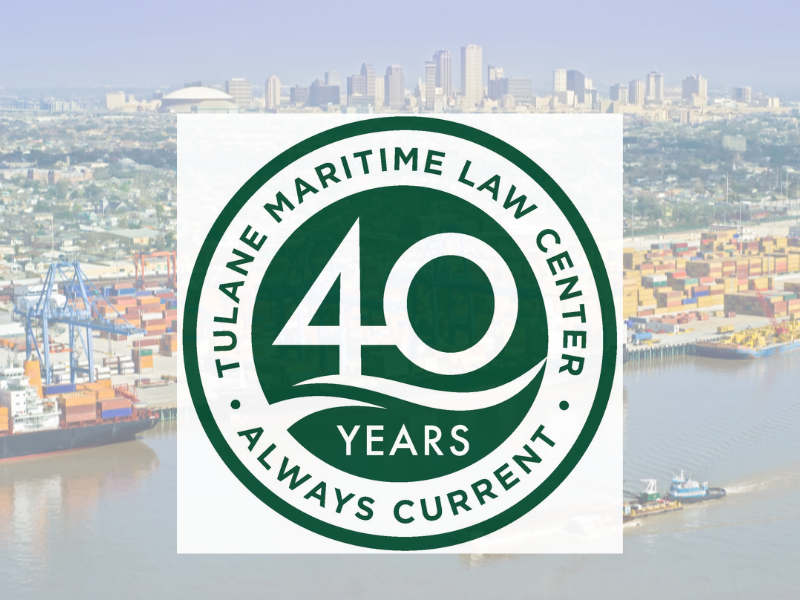 Since its founding in 1982 under the guidance of Professor Robert Force, the Maritime Law Center has graduated hundreds of students and firmly entrenched Tulane as a global behemoth in maritime law.

In its 40 years, Tulane’s maritime law program has become the best in the world, its scholarly impact, curricular depth, and public engagement unrivaled in the field.

On Nov. 2, the Center will celebrate its 40th year with a special lecture by one of its most recognized graduates, Judge Barry Ashe (L’84) of the U.S 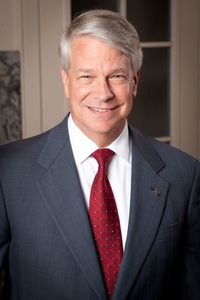 . District Court for the Eastern District of Louisiana. Ashe will speak about “40 Years of Maritime Law” beginning at 5:30 p.m. in Room 110 of the John Giffen Weinmann Hall.

A reception will follow in the law school’s Marian Mayer Berkett Multipurpose Room.

The Center was formally founded in 1982, when, by what some consider a stroke of luck, Force’s car had broken down and then-law Dean Paul Verkuil pulled over and offered a ride. The ride turned into a discussion about a Maritime Law Center at Tulane and within a short time, Verkuil and others had raised more than $1 million to fund it.

The “others” included attorneys John Sims of Phelps Dunbar and Bob Acomb of Jones Walker, both Tulane adjunct professors at the time; John and Virginia Weinmann who initiated a $50,000 challenge to raise the million needed for the program; and the family of the late Niels Johnsen, who later established the chair in maritime law currently held by Force.

From there, led by Force, a giant in the field, the program grew to include not only a JD program, an extension of studies to students in Panama and an LLM program as well.

While Force remains fully engaged as a faculty member and collaborative partner, he passed the baton as director of the center in 2004 to Professor Martin Davies, a world-renowned expert in the field.  Davies was recognized by Oxford University last May for his global leadership with a Doctor of Civil Law degree.  Oxford conferred the degree based upon a comprehensive review by academic referees finding that Davies’s scholarship has transformed the field of admiralty law.

In recent months, the center has provided the foundation for an extension of Tulane’s global leadership in the field of space law.  The rapidly expanding field of space law is rooted in principles drawn from maritime law and Law of the Sea.  With support from a $1 million gift by admiralty alumna Darleen Jacobs (LLM ’81), Tulane Law is now leveraging its dominant position in admiralty law to become the leading academic center for space law.