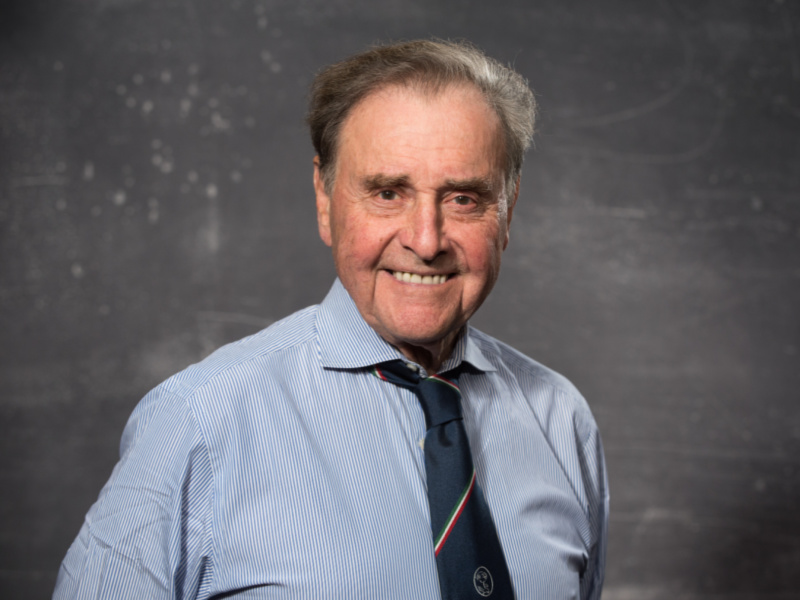 Tulane Law School will hold its annual Eason Weinmann Lecture on International and Comparative Law Nov. 17,  this year hosting law Professor Vernon Valentine Palmer, who is one of the world's leading scholars in the field of comparative law.

The event begins at 5 p.m. in the law school's John Giffen Weinmann Hall, Room 110, 6329 Freret St. A reception will follow.

Dr. Palmer’s lecture is titled “The Sanctity of Promises In the Capital of Force Majeure--  Hurricanes, Pandemics and the Doctrine of Impossibility under Louisiana Law.”

Palmer’s lecture will look at how Louisiana contract laws are far stricter than other systems in excusing performance in force majeure situations, such as hurricanes or pandemics. Unlike other countries, Louisiana contract law allows only one defense— absolute impossibility—a significantly high burden to meet. Palmer explores the idea in Louisiana law of pacta sunt servanda (the agreement must be kept), the notion that above all else, our law holds that agreements between individuals must be honored, and that is even true in the wake of serious natural disasters.

Palmer has been a law professor at Tulane for more than 50 years, and this past summer was named one of the leading scholars of comparative law by the International Academy of Comparative Law (IACL).  He joined a select few international scholars – and the only American – honored as “Five Great Comparatists” for his landmark contributions to the field, an honor created in 2017 by the Academy and awarded to only one other group of five scholars to date.

Palmer specializes in comparative law and European and French civil law. He has been teaching and researching for more than 50 years, including extensive work abroad in France, Germany, Spain, Italy, Switzerland, Japan and Africa. In 2006, French President Jacques Chirac awarded him the title of  “chevalier” in the French Legion of Honor, the country’s highest civilian award, recognizing his work to build stronger ties between the United States and France. Earlier Palmer received from the French Prime Minister the Palmes Académiques. Palmer has written more than 50 books and articles, focusing his research on the comparative law of obligations, mixed jurisdictions, code revision, legal history and third-party beneficiary contracts.

Palmer is twice a graduate of Tulane, receiving his BA and LLB, followed by his LLM from Yale and his doctorate  from Pembroke College, Oxford University.

The Eason-Weinmann Lecture is funded by the Eason Weinmann Center for International and Comparative Law, established in 1981 through the generosity of Virginia Eason Weinmann and John Giffen Weinmann, a distinguished Tulane Law School graduate (L'52). Ambassador Weinmann is the former Chair of Tulane's Board of Administrators, and the law building is named for him. The Center is co-directed by Professor Palmer and Professor Jörg Fedtke.