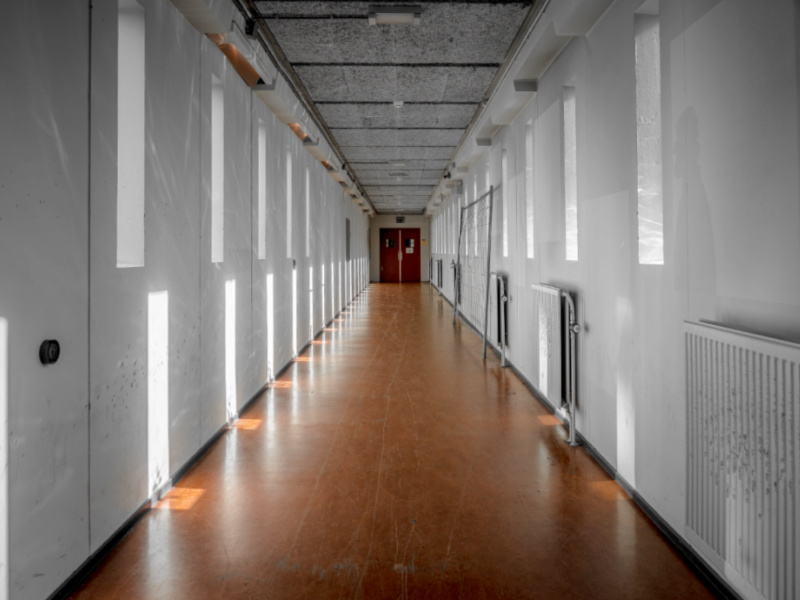 Student and faculty researchers with the Tulane Immigrant Rights Clinic released a report Tuesday that found immigrant detainees in Louisiana are routinely denied their right to a speedy review of cases challenging indefinite detention.

Titled “No End in Sight: Prolonged and Punitive Immigration Detention in Louisiana,” the groundbreaking report by Tulane Law Profs. Mary Yanik and Laila Hlass and their students examined almost 500 cases over 10 years where detainees challenged indefinite detentions, which the Supreme Court established are unconstitutional.

Researchers found only five cases during that time where the court ordered U.S. Immigration and Customs Enforcement to release detained immigrants on these habeas petitions. Instead, once detainees challenged the practice, many often were quietly released by ICE, a phenomenon the researchers dubbed “shadow wins.”

“Coming months or even years into the case, shadow wins both deny court vindication to the detainee and prevents the development of case law for others to better understand when detention becomes unlawful," said Prof. Yanik, who, along with Hlass, directs the Immigrant Rights Clinic at Tulane Law.

The report is the result of a year of research by students and researchers with the Immigrant Rights Clinic, who analyzed 499 Louisiana habeas cases filed in federal court from 2010 to 2020. An op-ed by Hlass and Yanik also discusses the research and calls for closure of the detention centers in Louisiana.

The team found that by the time that detained immigrants filed habeas petitions in court, they have typically already endured nearly a year and one month of detention. On average, the cases last a further six months, during which the immigrant is still held in confinement, often in squalid conditions.

“We hope this is only the beginning of more attention to immigration detention,” said Diego Villalobos second-year law student researcher with the clinic. “We looked at the perspectives of all the stakeholders—the Court, affected immigrants, attorneys, the agencies, and community.”

In many cases, the research team found often insurmountable barriers for detainees to overcome, including the inability to pay minimal filing fees because they were in detention or lack of translation and resources to properly prepare complex documents that were only in English.

“We found so many cases where claims were dismissed not for lack of merit but for lack of resources,” said Sara Wood, also a second-year law student researcher. “For example, the Court dismissed the petition of a detained immigrant with AIDS because he could not pay the $5 filing fee.”

The report recommends the closure of ICE detention facilities and that Congress review the role of immigrant detention in general. Additionally, the researchers recommend a series of reforms to end prolonged detention, including shortened deadlines for ICE to respond to habeas cases. The team also recommends the Court more frequently appoint lawyers to assist detained immigrants in navigating complex federal court procedures.

The detention crisis comes as Louisiana for the past two years has served as a major hub for immigration detention, holding more immigrants than any other state, except Texas. During the recent expansion of immigration detention across the country, nine facilities bringing capacity to nearly 9,000 in remote areas of the state where there is limited access to legal representation.

Many of these  beds were in jails recently emptied by bipartisan criminal justice reform. While the number of detained immigrants has fallen dramatically during the COVID-19 pandemic, Louisiana continues to serve as a hub, holding nearly 2,000 detained immigrants, the second-highest detained population in the country.

Tulane’s Immigrant Rights Clinic, established a year ago, seeks to transform that  landscape by building a pipeline of skilled immigrant defenders working with Louisiana immigrants. It was recently selected to be among the first Immigrant Justice Corps (IJC) sites in Louisiana, joining a premier immigrant defender training program in the country.

More on the clinic here.