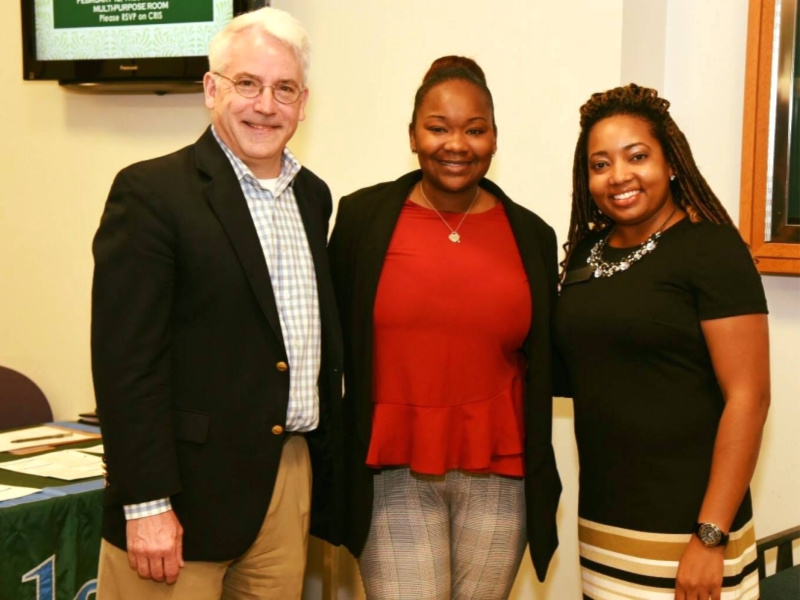 For its efforts to advance diversity in the legal community, Tulane Law School this summer received the Louisiana State Bar Association’s 2021 Guardian of Diversity Award.

The award is given annually to an organization that has made exemplary contributions to the cause of diversity, equity and inclusion in the legal profession.

Tulane received the award in June at the LSBA annual meeting in Sandestin, Florida.

“The intense challenges of the past year, relating both to the disparate effects of the pandemic and the long-overdue reckoning for racial injustice, have spotlighted the glaring need for greater diversity in leadership and the legal profession,” said Dean David Meyer. “While we have much more work ahead of us, we are proud of this recognition of our recent progress.”

Tulane Law in recent years has launched several innovative and successful initiatives to recruit and support diverse students, to engage alumni, to educate the community and embrace issues of diversity, equity, and inclusion.

The law school also has established scholarships for diverse students and participates in extensive recruitment of underrepresented students across the nation. It also has dedicated resources supporting students of color in everything from interview programs to public interest summer grants to alumni mentorship.

Additionally, the law school has long-standing public interest skills training programs through eight legal clinics that not only help the most vulnerable in the community but also teach students to be advocates for social justice and equity.

These efforts come as the law school in 2017 hired an administrator to develop, promote and elevate diversity initiatives. The hiring of Assistant Dean for Career Development and Diversity Initiatives Lezlie Griffin (L’07) has been instrumental in vastly expanded initiatives designed to recruit, support, and advise diverse students, adding significant career development programs across the board for all students but especially those from underrepresented groups.

“It’s an honor to receive this award from the LSBA. Equity work is ongoing and long-term, and we’re excited to continue building on the foundation we’ve established over the past few years,” Griffin said.

In the aftermath of the killing of George Floyd, Griffin’s office galvanized to create a virtual discussion series focusing on racial justice and equity. In addition, the law school established an Anti-Racism Task Force comprised of faculty, administrators, students, and alumni and charged with examining ways of making the law school a more inclusive and equitable institution and a leader in preparing graduates to promote racial justice through their own careers.

In Fall 2020, Stacy Seicshnaydre, Associate Dean for Experiential Learning and a leading scholar on housing discrimination, and Professor Robert Westley, a leading expert on critical race theory and reparations, created and led a new course on Anti-Racist Lawyering.

The course immersed students in readings, analysis, and conversation about how law is frequently used to perpetuate anti-Black racial harms and hierarchies and how students might use their legal education to disrupt them. And it introduced them to a large number of Tulane Law alumni who are playing leading roles at the front lines of the legal fight against racism and who spoke about their work.

These efforts have not gone unnoticed outside of the Tulane community.

“While some law schools only provide hollow statements about diversity and inclusion, Tulane has created and implemented actual programs and initiatives to increase the enrollment of minority students and ensure those students have successful legal careers,” read a letter of support from Cory Vidal, past president of the Greater New Orleans Louis A. Martinet Legal Society, which has partnered for years with Tulane Law on the annual “Pathways and Pipelines to Success,” a career development seminar for law students around the state.

“I would be remiss if I did not highlight the strides Tulane Law School has made, in the area of diversity and inclusion, under the leadership of Lezlie Griffin,” Kimbrough wrote. “I have had the opportunity to witness the ways in which the community and culture of Tulane Law School has shifted to become a more welcoming environment for students of color.”

In addition to Dean Griffin’s leadership, two other alumni have also played key roles as members of the law school’s administrative team.  Morgan Jackson (L ’16) returned to the law school in 2018 and works directly with Griffin in supporting diverse student organizations and diversity initiatives.  And Professor Tonya Jupiter (L ’94) has played a leading role in organizing Tulane’s Black Law Alumni Reunion Weekends and in supporting and advising diverse students.  Earlier this year, Jupiter was honored with the Appleseed Foundation’s Good Apple Award in recognition of her exemplary leadership in pro bono work and social justice.