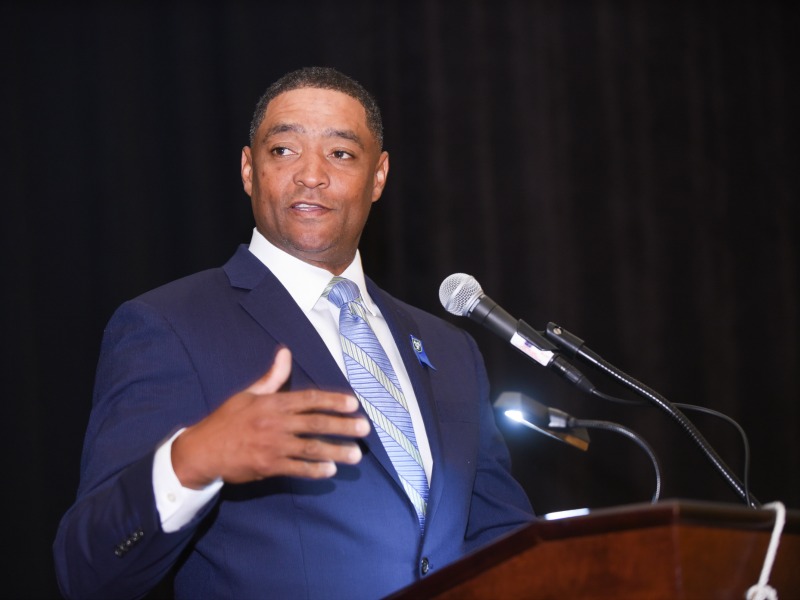 Richmond, a New Orleanian who supported Biden as the national co-chair of his presidential campaign, and of his transition team, will leave his House seat representing Louisiana’s 2nd Congressional District for an administration post that promotes public access to the White House and policy-making.

“Cedric Richmond has been an extraordinary leader for New Orleans, for Louisiana, and for Tulane,” said Law Dean David Meyer.  “We could not be more proud of the important service he will now be providing to the nation.”

Richmond was elected to the House in 2011 in a district that encompasses most of New Orleans and includes nine parishes stretching to Baton Rouge. He easily won re-election to a sixth term earlier this month. In the Biden administration, Richmond will assume the post formerly held by Valerie Jarrett in the Obama administration, which exerted significant influence over public policy and engagement, and was a key role advising the president.

One person who has strongly supported a Richmond appointment was House Majority Whip James Clyburn, who was influential in helping Biden secure the Democratic Party nomination and swayed African-American voters to support his ticket.

“I think it's great,” Clyburn (D-S.C.) told Fox News earlier today about Richmond. “I really believe that he played a very significant role in that campaign. And he is very gifted, very energetic. And he's just at that transitional age."

A dedicated Tulanian, Richmond was the graduation speaker at the law school’s 2017 commencement where he told graduates that they should strive in their professional lives to make sure “justice and equality are more than just words on a page.”

He recently joined the law Dean’s Advisory Board, a group of alumni leaders who help chart the future course of the law school and advise Dean Meyer. In 2019, he was inducted into the Tulane Law School Hall of Fame, an honor bestowed on alumni and faculty who have distinguished professional achievements and an enduring dedication to the mission and students of Tulane Law School.  In addition, he has been a regular guest lecturer in Prof. David Marcello’s International Legislative Drafting Institute.

Richmond’s political career began two years out of law school when he was elected to the Louisiana House of Representatives in 2000, becoming one of its youngest members. He is a graduate of Benjamin Franklin High School, earned his undergraduate degree from Morehouse College in Atlanta, and his JD from Tulane Law. He also is a graduate of Harvard University's  Executive Education Program at the John F. Kennedy School of Government.