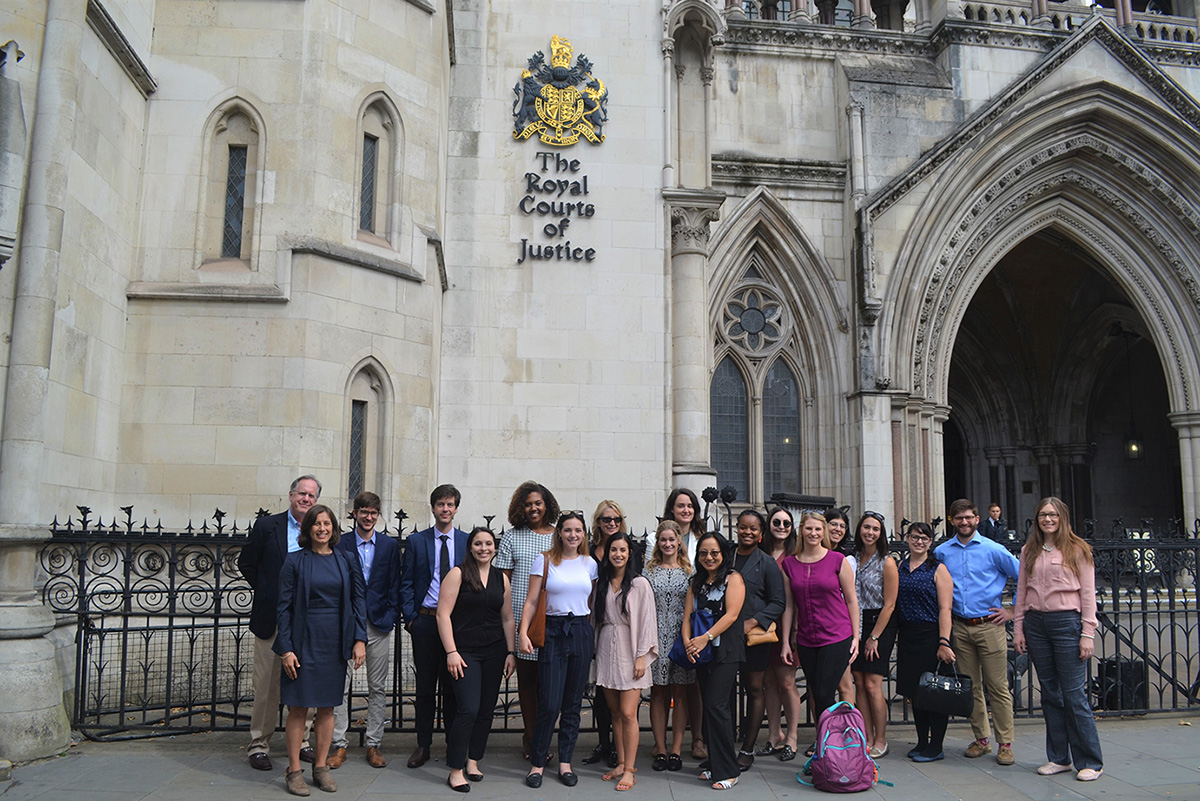 All over the world governments, diplomats, human rights lawyers and legal systems confront an unprecedented wave of refugees and migration of peoples. The Tulane Law School summer program at Cambridge University directly addresses the cutting-edge legal issues, both domestic and international, created by these migrations.

The curriculum provides opportunities to learn from and interact with Cambridge and U.S. faculty with transnational interests, experiences, and contacts. Each course reflects the expertise of the individual faculty members and students will have the opportunity to engage in dialogue with them, both in and out of class.

Program Host Institution
The site of the program is Trinity College, Cambridge University. Repeatedly ranked among the top universities in the world, Cambridge University is composed of individual colleges, each with their own unique architecture and personality. The Tulane Program on Refugees, Migration and the Legal Future is housed at Trinity College, the largest college in Cambridge and by itself one of the most prestigious and wealthy colleges in the United Kingdom.

Cambridge is a medium-size university town located approximately 70 miles north of London. The ambiance provided by the striking university buildings located in a park-like setting along the River Cam is one of a kind and never forgotten once experienced. Many pleasant afternoons can be passed exploring the colleges with their beautiful gardens, attending the unique evensong at King's College Chapel, visiting the quaint shops and pubs of the town and surrounding villages, as well as “punting” or boating on the river. A wide variety of museums and stately homes are within easy reach by rail and bus. London is close by and easy to get to by train (50 minutes) from the Cambridge rail station for day trips.

King Henry VIII founded Trinity College in 1546 (his portrait hangs in the splendid dining hall). Famous graduates and faculty of Trinity College include once and future kings, Sir Isaac Newton and many eminent scientists, authors, political figures, and philosophers such as Bertrand Russell and Ludwig Wittgenstein.

Students can enroll in up to three courses in the Cambridge Program. There are four courses to choose from, all centered on the pressing international and domestic legal ramifications of the extraordinary movement of refugees into Europe, the issues posed by the unprecedented migration of millions of people worldwide, and the highly consequential political and constitutional fallout of "Brexit", or exit from the European Union, in the United Kingdom.

Course Descriptions
Brexit and the Migration Problem in the United Kingdom and European Union
Dr. Barnard- Cambridge University
(1 credit)
On 23 June 2016 52% of the UK population voted for the UK to leave the European Union. Levels of migration to the UK was given as one of the principal reasons which motivated this vote. What were the concerns about migration and were they real? What will happen to the EU nationals living in the UK? What about EU nationals who would like to come to the UK in the future? What is the optimum level of migration and how can this be properly managed? This course will examine these and other questions relating to migration. The course will draw from Professor Barnard's current research on these issues.

Immigration and Migration Law from a Comparative Perspective
Professor Griffin- Tulane University Law School
(1 credit)
This course will examine immigration and migration issues from a comparative legal and constitutional perspective, concentrating on the U.S., the Americas, The United Kingdom, and Europe. We will first study the basics of U.S. immigration law as they relate to these pressing global problems. With respect to the UK and EU, we will examine their constitutional structure and how it relates to the policy problems posed by immigration and refugees.

Comparative Asylum and Refugee Law
Professor Torrey- Harvard Law School
(1 credit)
This course will examine each component of the definition of a "refugee" in the 1951 UN Convention Relating to the Status of Refugees, with focus on how the asylum and refugee law in the United States has developed, as well as how the United Nations High Commissioner for Refugees (UNHCR) and other countries have defined a “refugee.” We will focus on some of the most legally complicated and controversial aspects of the definition, such as the meaning of "membership in a particular social group," which is one of the five grounds for asylum. For example, we will examine how claims relating to gender-based violence have been brought under the "particular social group" ground. We will also examine the legal processes involved in claiming asylum in the United States, as well as the process of refugee status determinations by UNHCR, focusing specifically on concerns around due process and access to counsel. The course will also address the practical challenges involved in winning asylum cases, including the impact of trauma on memory, credibility assessments, fact-gathering, and the role of expert evidence. Finally, the course will provide an analysis of policies around the detention of asylum-seekers, including the detention of children, and consider various alternatives to detention.

Course Schedule
All courses meet in Trinity College, Monday through Friday, at the following times:

Please note that this schedule is tentative and subject to change.

The Program concludes on the last Saturday with final exams. Final exams will extend into the afternoon and thus take up most of the day.

Course Materials
Printed course materials will be available upon arrival in Cambridge. Materials are included in your tuition and fees.

The Cambridge Program accepts up to twenty-five students on a first-come basis. Please apply early to ensure your place.

Trinity College offers attractive single occupancy rooms in Burrell’s Field. Students can start utilize their rooms starting on the first Sunday of the program until the Sunday following exams.

To connect with other students in your program, please join the program's Facebook group 2023 Tulane Law Summer in Cambridge!

In addition to regularly scheduled classes, there are social and educational activities organized by Tulane.

In the past years, excursions have included:

A calendar of all activities will be given to you when you arrive in Cambridge. Program excursions will not take place on Friday, Saturday or Sunday, leaving the weekends free for students to explore the surrounding area. Please note that the final exam is the last Saturday of the program.

Students should plan to arrive by mid-day on Sunday, July 9 and depart no earlier than the evening of Saturday, July 22. Students should not depart earlier than Saturday evening as exams cannot be rescheduled. Students will be allowed to stay in the dorms through Saturday, checking out Sunday following their exam. The Cambridge Program starts with a brief informal meeting on Sunday, July 9, followed by a reception on Monday July 10 after classes hosted by Professor Barnard.

Language
The Cambridge Program is conducted entirely in English. Fluency in English is a prerequisite for all students.

The tuition includes the opening reception, all excursions including Pub Night, the trip to London to the Royal Courts of Justice and Inns of Court, attending a play at the Cambridge Shakespeare Festival, punting on the River Cam, and Tea at the Orchard Tea Garden. It does not include meals other than the reception and the trip to London. 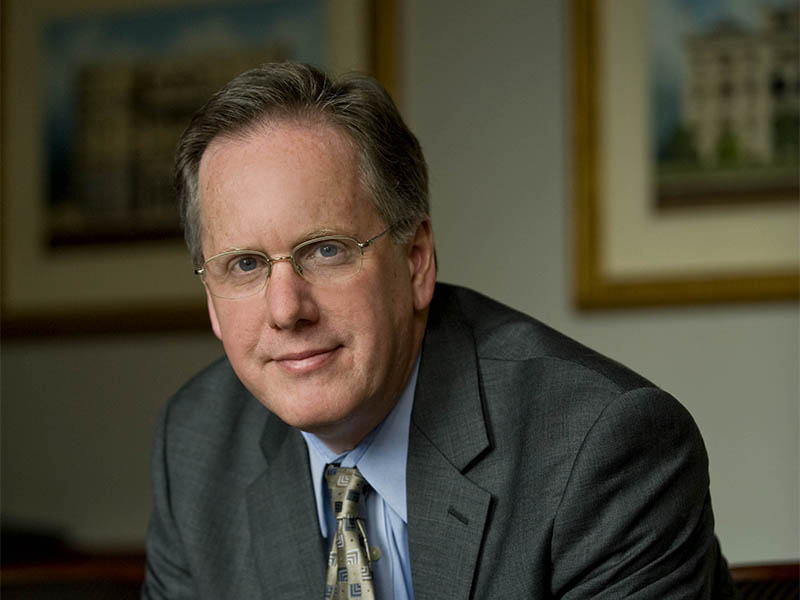