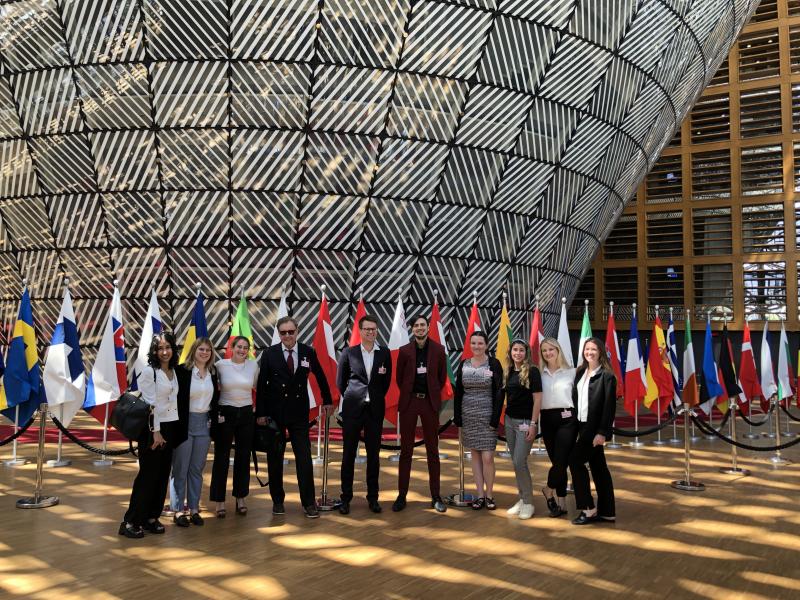 Tulane Law School and The Sorbonne (University of Paris II), welcomes you to our summer program in Paris. The program is designed for law school students, with a curriculum focused on French and European Union legal studies.

The program is an accredited program for students who seek to understand the global dimensions of today’s world. The Tulane-Paris Institute is a highly prestigious summer program. Indeed it is the oldest, continuously-operating American summer program (since 1973) in France.

Our courses provide a broad overview of Europe today: The classes are taught by an internationally renowned faculty drawn from the Tulane faculty and the Sorbonne faculty.

As an additional feature, the Institute offers an exciting, educational excursion by train to the EU institutions in Brussels. More details below.

Program Host Institution
For more than nine centuries the name Sorbonne has conjured up for the whole world the image of one of the most prestigious centers of intelligence and culture, of science and of the arts, of an age-old knowledge that spans the centuries and one that resounds to this day with the promise of excellence. The faculty of the Tulane summer program is mainly drawn from experts in European law who presently teach or previously taught at the Sorbonne. Classes are taught in English at the Sorbonne’s Center for Comparative Law (Centre français de droit comparé), which is located in the 7th arrondissement on Rue St. Guillaume, just off Boulevard St. Germain, in one of the most beautiful and fashionable areas of Paris.

Student may enroll in up to four credits for the Paris Program.

Products Liability in Europe and France
Professor Jean-Sébastien Borghetti, University of the Sorbonne (Paris II)
(one credit)
This course will examine Europe’s and France’s laws that deal with liability for defective and dangerous products. It will explore the great issues, the latest developments, and the famous cases of liability in Europe. It will also focus upon the important EU Products Liability Directive of 1985 and the implementation of that Directive by EU members, as well its projected reform to address the challenges raised by artificial intelligence.

An Introduction to European Union Law and Institutions
Professor Joerg Fedtke, Tulane University Law School
(one credit)
This course will examine the European Union’s unique legal system. It will look at the legal nature and sources of EU law as well as its relationship with the national law of the EU Member States. It will identify and explain in outline the main institutions, notably the functions of the European Council, the Council of Ministers, the European Parliament, the Commission, and the Court of Justice. It will also cover the most relevant EU law enforcement actions including state liability issues for breach of EU law as well as the jurisdiction of both European Courts and relevant remedies in national courts.

Competition Law Across the Atlantic
The Honorable Ian Forrester, Q.C.
(one credit)
This course presents a review of the seminal cases in European competition law and the common antitrust goals that shaped them. The course is taught by a leading practitioner of competition law and a former (British) judge of the General Court of the European Union.

Please note that this schedule is subject to change..

Course Materials
Login information for course materials are sent to students prior to the program. Printed copies will be available upon arrival in Paris. There is no need to print the materials before arriving in Paris. Materials are included in your tuition and fees.

A maximum of 40 students will be accepted to the Paris program. We recommend applying early in order to secure your space in the program.

There are no program accommodations offered through the Paris program, however please utilize the Paris Housing Recommendations, which includes suggested names of hotels, hostels, and apartments at various price ranges (please note this information is continuously being updated).

For 2023, we have blocked double rooms at Foyer International des Etudiantes! It is located at 93 Bd. St. Michel, Paris 75006. The residence is located just one mile (1.7 km) away from the Institute. For a double room, it was (in 2021) 34 Euro per night, breakfast included – 612 € (34€ x 18 nights). Enrolled students will be provided with information to book one of these double rooms with the Foyer directly. The Foyer will need to receive room reservations by early May, 2023. Please note that the Foyer provides pillows, blankets or duvets and sheets, but not towels https://www.fie.fr/en/rooms/.

To connect with other students in your program and possibly coordinate roommates, please join the program's Facebook group 2023 Tulane Law Summer in Paris!

Program benefits are enhanced by the unique cultural riches of Paris. Afternoons include guided visits to an array of Parisian institutions, many of which are inaccessible to visitors and tourists. Excursion expenses are included in your tuition.

*The Paris Program incorporates a day excursion to Europe's capital - Brussels. Activities include a briefing session with the EU Institution representatives (Parliament and Commission).

A calendar of all activities will be provided closer to the start of the program. Afternoon excursion examples from previous programs include:

Students should plan to arrive by late afternoon on Wednesday, May 31 and depart no earlier than the evening of Friday, June 16. There will be an orientation dinner in early evening on Wednesday May 31. Final exams will be held on Friday June 16 during the regular class times, followed by a Farewell Drink together. Please note that final exams cannot be rescheduled.

Students are responsible for all travel expenses and are strongly advised to purchase travel insurance. We recommend researching ticket prices early from a few travel search engines to find the most competitive prices.

Bringing Family
Family members and friends are cordially invited to participate in all activities except the academic courses.

Language
The Paris Program is conducted entirely in English. Fluency in English is a prerequisite for all students. Students are encouraged to take advantage of opportunities to acquire basic French language skills before arriving in France.

Letter From The Director

For those of you who may be thinking at this moment about a good summer program abroad you might like to attend, I would like to draw your attention to three things about the Paris program which make it unique and especially inviting:

First, the program offers the opportunity to interact with a group of expert faculty, which is second to none, with a superb lineup of offerings on French and European Legal Studies.

Second, as exclusive features of the program, we are offering an exciting day trip by train to Brussels to visit the key bureaus and institutions of the European Union and to hear lectures on these institutions from experts in Brussels. All expenses for this trip are included in your tuition.

Third, we have Paris…an experience unto itself that you will always remember.

So I hope you will consider joining us. 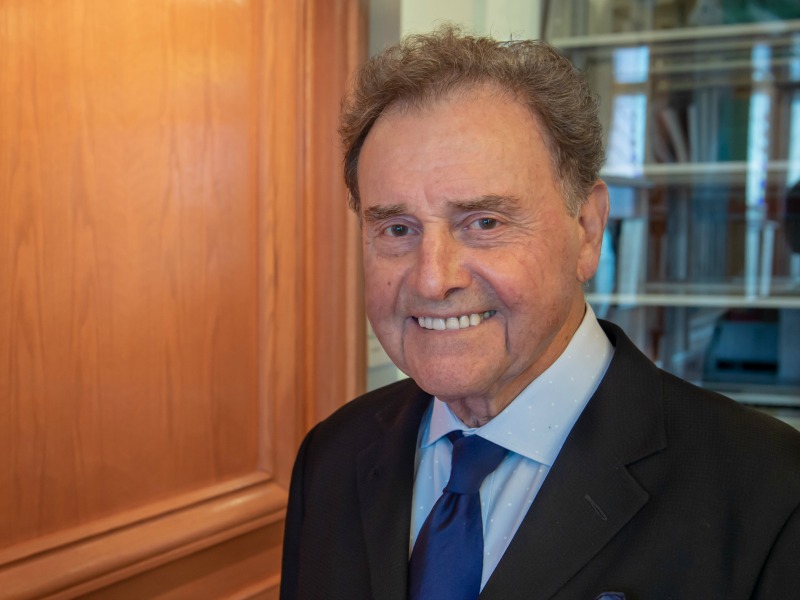