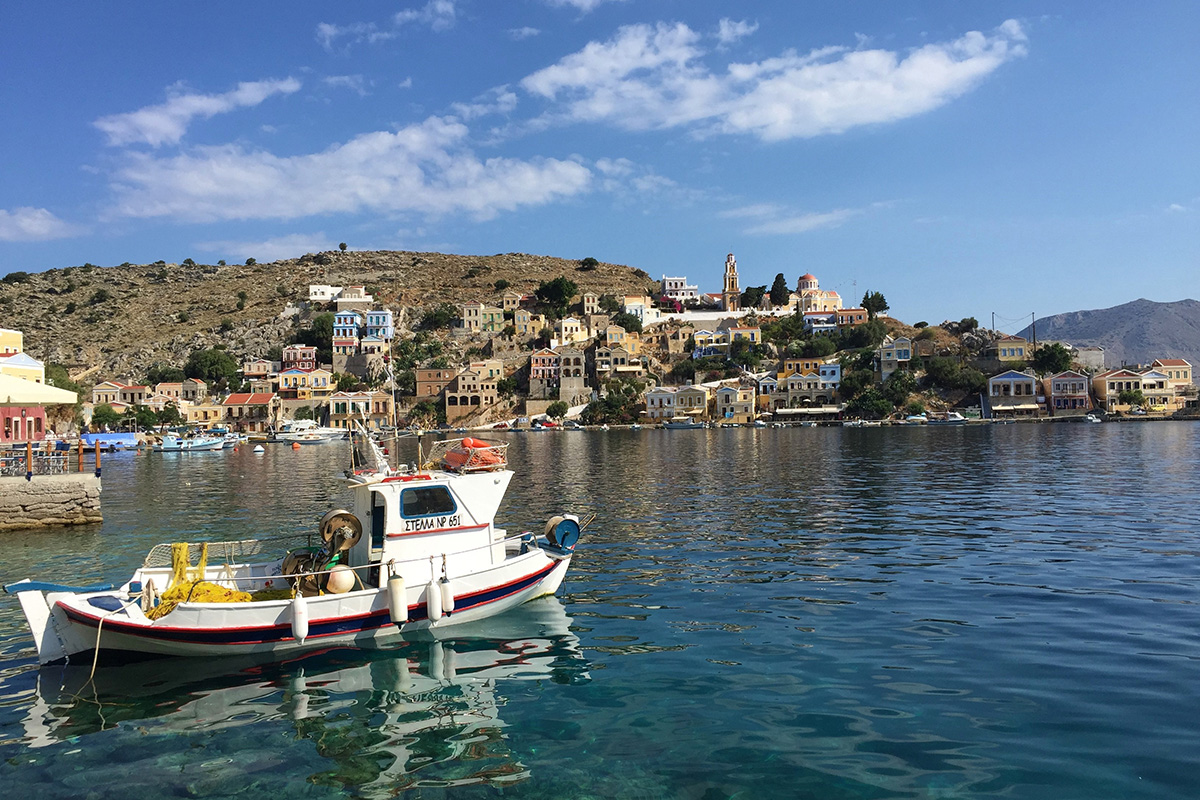 The legal and cultural traditions of Greece and the history of the island of Rhodes including its legendary sea laws, make summer study in Rhodes an ideal experience for law students seeking to learn about maritime legal affairs.

The legal and cultural traditions of Greece in general and the history of the island of Rhodes in particular, including its legendary sea laws, make summer study in Rhodes an ideal experience for law students seeking to learn about maritime legal affairs. With the objective of serving those interests, Tulane Law School has sponsored summer sessions in Greece every year since 1980. All classes will be held at the Rhodes Bay Hotel on the island of Rhodes.

Rhodes is a fascinating island, rich in culture, history, and natural beauty. It boasts rolling green hills that reach the emerald waters of the southeast Mediterranean Sea and hundreds of miles of beaches and coves. Ancient Greek temples, Byzantine churches, and medieval palaces speak of the glories of the past. As described by a former student, the program gives an “in-depth understanding in short time” and provides “efficient teaching, beautiful island, [and] friendly faculty.”

Students may earn a maximum of four credit hours in the three week session. Courses will be held Monday through Friday mornings at the Rhodes Bay Hotel. Each course will have 13 meetings for 55 minutes. Exams will be held on the last Friday of the program during the regularly scheduled course times. Exams will be one hour, anonymously graded, written examinations, subject to the provisions imposed by the Tulane University Law School Honor Code.

Maritime Personal Injury
Judge John deGravelles – US District Court for the Middle District of Louisiana
(one credit)
Comparative analysis of laws governing maritime torts with emphasis on seamen's remedies for personal injuries and death. The course covers the three main seamen's remedies: maintenance and cure, unseaworthiness and the Jones Act. In addition, attention is given to the tort remedies of those covered under the Longshore and Harbor Workers' Compensation Act as well as the Outer Continental Shelf Lands Act and of non-workers. Maritime jurisdiction, conflicts of laws and the rights of foreign seamen in American courts are also addressed.

Maritime Arbitration of Charterparty Disputes
Professor Andrei Kharchenko - Tulane University Law School
(one credit)
This course deals with arbitration of disputes about the so-called “defense cover” provided by P&I Clubs, which are the liability insurers of trading ships. Claims of this kind are usually called FD&D claims: freight, demurrage and defense. The course will explain how ships are chartered and the difference between the various types of charter contracts, before considering how a series of typical disputes arise and are resolved.

P&I 101: Protection and Indemnity Insurance Law and Practice
Professor Michael Harowski - Tulane University Law School
(one credit)
Protection and Indemnity Clubs are the backbone of marine liability insurance and are essential to maritime commerce. But what is a P&I Club, how does it work, and what is a lawyer’s role? This course will examine these issues and more. The course will provide an overview of the P&I insurance industry, including how the Clubs developed, the insurance coverage provided, and the sharing of large claims through the International Group. We also will examine the role of the vast network of local correspondents who represent the Clubs and their Members in ports throughout the world. And we will discuss how lawyers fit into this landscape to assist the Clubs and their Members in dealing with the wide variety of legal and commercial issues that arise daily in the maritime industry.

Introduction to the Law of the Sea
Professor Günther Handl- Tulane University Law School
(one credit)
This course reviews the public order of the oceans, i.e., the basic principles of international law, both customary and treaty-based, that apply to maritime spaces, such as the high seas, continental shelf, seabed and ocean floor. It analyzes the allocation of jurisdictional powers among individual states and the international community at large over the various maritime zones involved; the use and management of ocean resources, including fisheries and seabed mineral resources; marine environmental protection and pollution control; military uses of the oceans and navigational safety.

Course Schedule
All courses meet at the hotel, Monday through Friday, at the following times:

Please note that this schedule is tentative and subject to change based on scheduling conflicts.

Course Materials
Login information for course materials are sent to students prior to the program.

Applications for the Rhodes Program will be taken on a first-come basis, with an estimated 30 spaces available. Please apply early to ensure your place in the program.

Faculty and most students stay at the Rhodes Bay Hotel where all classes are held. The hotel is located outside the city of Rhodes (10 minutes by bus). The Rhodes Bay is a true 5-star hotel, with breakfast included, private swimming pools, beach facility, 24-hour gym, health club, tennis and squash courts, etc. Tulane has negotiated special room rates and free access to the internet. Please see the Rhodes Bay Hotel website for more information.

The estimated rates per person are:

These rates are for 19 nights, checking in on Sunday and checking out following exams on the last day of the program (Friday). Please note that unless you extend your reservation dates, you will need to check-out of the hotel after exams and find alternative accommodations for that evening. The Rhodes Bay rates include breakfast.

If you wish to arrive earlier than the first Sunday or depart later than the last Friday, you can extend your reservations at the hotel by contacting them directly.

Please note that it is not possible to fly from Rhodes or from Athens to the United States on Friday because transoceanic flights depart in the morning hours. If you plan to return to the United States immediately after the end of the Rhodes program, you should make reservations for departure from Athens on the Saturday following exams and secure hotel accommodations for the night of the last Friday in either Rhodes or Athens.

To connect with other students and possibly coordinate roommates, join the Program's Facebook group 2023 Tulane Law Summer in Rhodes!

In addition to regularly scheduled classes, there are social and educational activities organized by Tulane. In the past years, these have included museum tours and court visits. A calendar of all activities will be given to you when you arrive in Greece.

The estimated dates for the 2023 Rhodes Program are May 28 - June 16. Students should plan to arrive in Rhodes on Sunday, May 28 and depart no earlier than the evening of Friday, June 16 after exams are completed. Exams cannot be rescheduled. Program accommodations include checking in on the first Sunday of the program and checking out on the day of the final exam. You may extend your accommodations at the Rhodes Bay by contacting the Rhodes Bay Hotel directly, please see the Rhodes Housing section.

Language
The Rhodes Program is conducted entirely in English. Fluency in English is a prerequisite for all students. Students are encouraged to take advantage of opportunities to acquire basic Greek language skills before arriving in Rhodes.

Liked Most About the Program 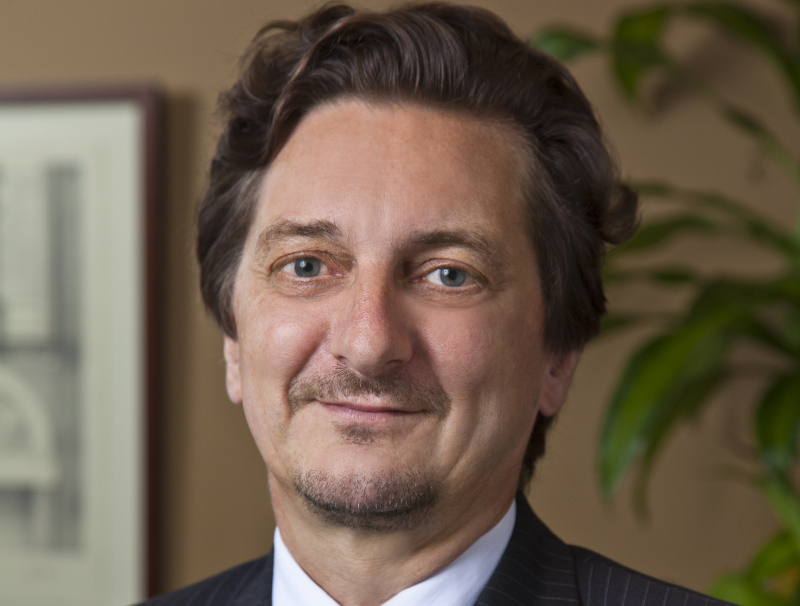